Rutina Wesley and Nelsan Ellis behind the scenes of True Blood

The video below takes you behind the scenes of True Blood with Rutina Wesley and Nelsan Ellis as Wesley prepares to shoot her final scene on the show. But instead of focusing on the end, Wesley asks Ellis about the duo’s first scene together. 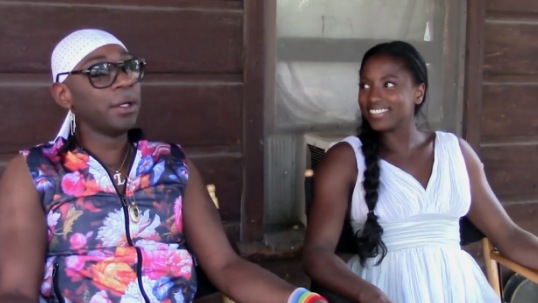 “The first scene that we shot, I was so intimidated because Rutina is so good,” Ellis says. “She’s gangsta because she came in and stole that part. She said, ‘Just in case you didn’t know, this part belongs to me.’“

But when that final take came, Wesley says she tried to focus on the work.

“They say, ‘Action!’ and you know it’s your last shot,” she says. “I just gave it everything I had and turned around and walked away.”