Ryan Kawnten Filming “Who Gets the Dog?” in Chicago

If you live in Chicago and are a True Blood fan, look out for sightings of Ryan Kwanten filming his new film.

Ryan is currently shooting his new film called, “Who Gets the Dog” with co-star Alicia Silverstone, which began its three week shoot in Chicago on February 2. 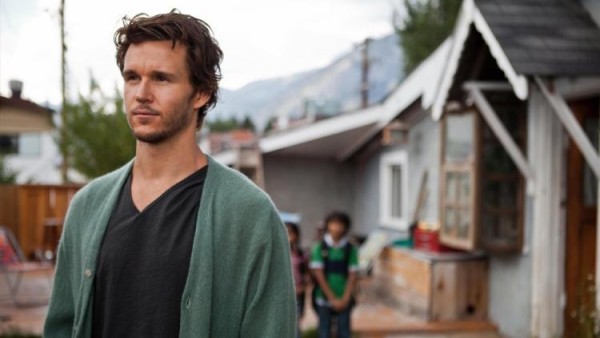 Preparing for the film, Ryan attended the Chicago Wolves-Rockford IceHogs game Jan. 31 at the Allstate Arena. In the new film, he plays an aspiring Wolves goalie in the new independent romantic comedy “Who Gets the Dog?” and wanted to take in the American Hockey League experience.

“I learned an incredible amount,” Kwanten told the Chicago Wolves’ website. “I literally had … a front row seat just behind the goalie box and it was incredible — the intensity, the speed of the game, my goodness. Even Daniel Day-Lewis couldn’t pull this sort of acting job off because these guys are truly a talent to behold.”

In addition to watching the game from the zamboni tunnel behind the net, he — who is shorter than your average goalie — spoke with Wolves players and staff to get a better idea of the team and what it takes to be a hockey player, according to a Wolves spokesperson.

“Who Gets the Dog?” revolves around two exes (Kwanten and Silverstone) battling over custody of their dog. Producer Reid Brody said over the phone Friday that filming is taking place mostly on location in Chicago, but there may be scenes at the Allstate Arena and an ice rink in Bensenville.

“She’s a doctor and he is a would-be hockey player,” said Brody of the protagonists. “He’s just waiting for his moment. We got Ryan some skating training. He’s pretty athletic, but it’s sort of funny that he’s a goalie. That was his idea. It wasn’t written that way.”