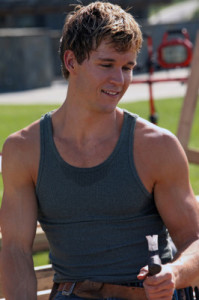 Not all fans were impressed with the controversial ending of True Blood but Ryan Kwanten is happy with how the series finished. Read what Ryan has to say about the end of the run for True Blood below:

Kwanten admits it was tough to say farewell to the tight-knit cast after working with them for so long but said the timing was right for the show to end in its seventh season.

“It was hard but it was one of those moments where we knew it was time to move on,” the former Home and Away star told AAA by phone from Sydney, where he was promoting the DVD launch of True Blood’s final season.

As for the ending that polarized fans, Kwanten anticipated it would draw criticism.

“We’re fortunate enough to be in the hands of some good writers but I’ve always been of the opinion that you can’t please everyone,” he said.

“That was kind of the nature of our show anyway; we didn’t set out to make everyone happy. It was the kind of show that pushed boundaries and when you do things like that you are going to either alienate people or at least challenge them. And that’s the kind of work I love to do.”

That said, Kwanten shut down the idea of starring in a rumored True Blood musical.

“I personally could not be a part of that; no one wants to hear me sing, believe me,” he laughed.

Kwanten has been kept busy with a string of movie projects that are due out in the coming months.

Next year he will appear in Swedish director Daniel Alfredson’s crime thriller Kidnapping Freddy Heineken, based on the real-life abduction of the Dutch beer tycoon in 1983.

“Sam was very committed to this role and between myself, Sam and Tom (Cocquerel), there were three Aussie actors in this American production, so it was a really good pat on the back for all us Aussies,” he said.

Read the rest of this interview with Ryan at: au.news.yahoo.com
Tagged