After seven years with the ‘True Blood’ star Ryan Kwanten tells details on life inside the HBO cult of success. 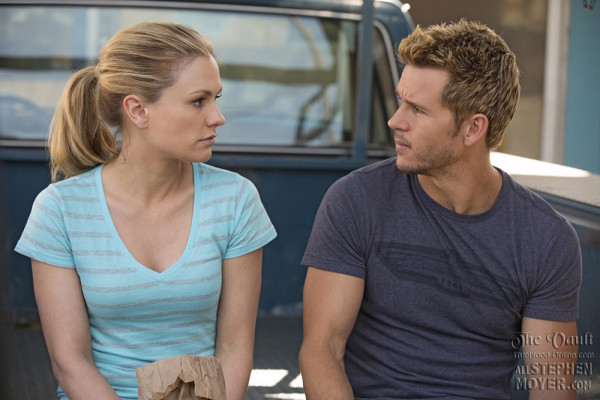 As with most bronzed Australian exports, Ryan started his career with Home and Away playing beloved character Vinnie Patterson. Then, in 2008, fate came calling in the form of American cable television megapower HBO. They had a new show about sex-crazed vampires and Kwanten had scored one of the lead roles as town heart-throb Jason Stackhouse.

The way Kwanten tells it, success was hardly overnight but when it hit, it hit hard.

“We worked in this weird cloud,” Kwanten recalls three months on from the long-running show’s final episode.

“We shot the show in complete seasons before it premiered so we were not aware at first if the audience would attach themselves to it.”

Of course, the combination of raunchy, unadulterated sexuality and a cast of gorgeous bloodsuckers was addictive for audiences.

“We came out of the gate slowly, but as people started to understand the world and the characters I think we picked up speed,” he explains.

“Each season that would pass I’d notice more and more people looking at me on the street and stopping me.”

Part of True Blood’s success was down to the people driving it.

With big budgets and even bigger audiences, it’s almost singlehandedly responsible for the “binge-watching” obsession.

“HBO is such a classy network,” Kwanten declares.

“The great thing about working with a company like that is that most of the creative vetting has already been done.

“They choose very wisely who they will work with from the top down. The level of auteurs they choose is so high and they always get the best crop of actors.”

The cast filmed the Southern drama in Los Angeles for seven hysteria-drenched seasons, but Kwanten insists it wasn’t as hard as it sounds.

“Americans tend to put a lot more money into their film and television industry [than Australia], meaning they can develop their shows for a lot longer and nail out any kinks,” the 37-year-old says.

“Jason had his own storyline as part of about four or five others, so I was never working every single day of every week. When I did films in hiatus I’d work harder, True Blood was really my cruising time because it was such an ensemble cast.”

Despite their intense shared experience, Kwanten says the cast split up soon after filming wrapped and are yet to reunite.

“It’s almost like that time when you just finish high school,” he explains.

“We are just at that first couple of months where everyone is going about their own thing and I think we will probably find each other again in five, 10 years’ time and tell stories about crazy it all was.”

Read the rest of this interview with Ryan by going to: thenewdaily.com.au
Tagged