Ryan Kwanten talks about the start of shooting for Season 5 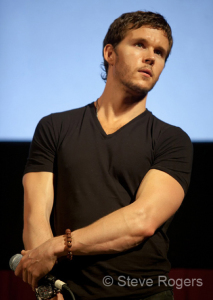 Dread Central recently chatted with True Blood’s Ryan Kwanten while on a set visit for his new film, 7500 and while the actor couldn’t offer up much in the way of specifics, he did provide an update on the current status of production on season five of “True Blood.”

Kwanten said, “We have started breaking down the stories for season five and we start shooting at the end of November. They’ve been kind enough to schedule all my stuff on 7500 upfront to accommodate my True Blood schedule but I really can’t say anything more than that.”

The actor also went on to discuss his approach to comedy and how his work in the upcoming Knights of Badassdom is very different than his work on “True Blood.” “Jason’s reactions on “True Blood” are what I call more of situational comedy. I don’t play him with the intention of ‘Oh I hope I get a few laughs from this’; it’s more like the situation itself is funny and it’s his reactions that reflect that. Knights of Badassdom, I’m playing the straight guy and I’m surrounded by a cast of amazing character actors like Steve Zahn and Peter Dinklage who add that nice comedic flavor to the movie.”

“That was another challenge for me- to drop any sort of pretenses I usually have and trust those around me to bring the laughs this time. I’m really looking forward to it too; I’m not sure when they’re planning on releasing it just yet but I think it’ll be sometime mid-next year,” added Kwanten.