We’re excited to announce the second auction of original art work by the amazingly talented Andy Swist. Last year we auctioned a Bill and Sookie painting by his hand, now it’s time for the Team BAM painting Andy made of Bill and Sam. 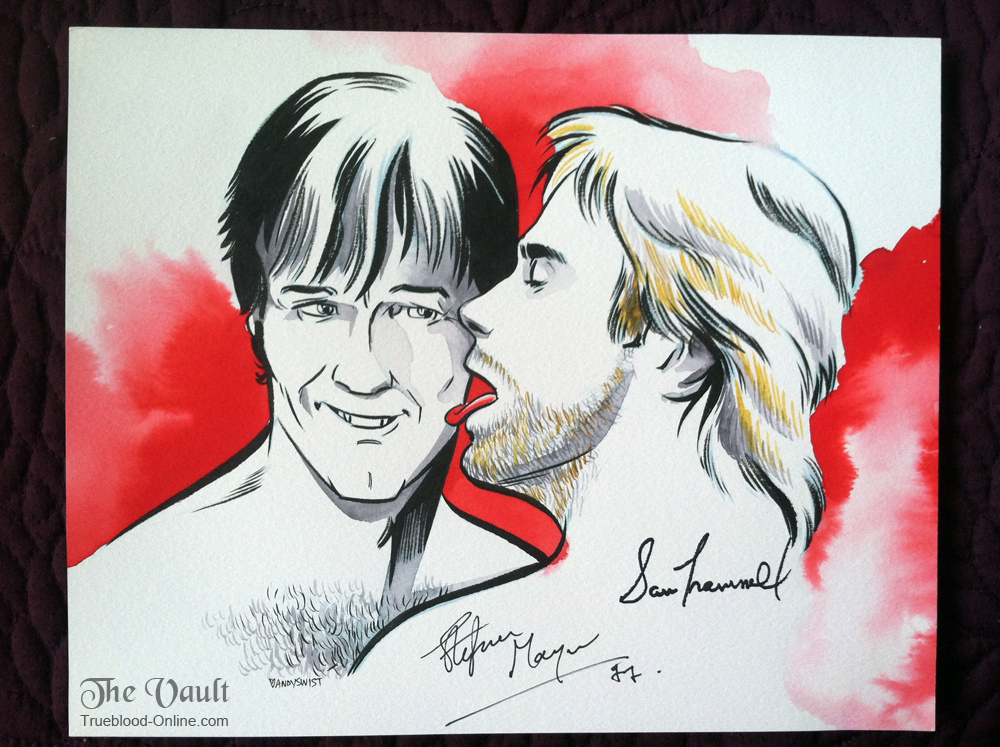 Remember that scene between Bill and Sam in True Blood season 3….. ? I bet you do….!

Andy Swist is a New York based illustrator and graphic designer, best known in the True Blood fandom for the Bloodwork True Blood vlogs he does together with husband Brian and the True Blood paperdoll collection. Stephen Moyer is a fan of Bloodwork and he told us that he thinks that “the Andy pictures are amazing”. And we totally agree with him!

The proceeds of this auction will be donated to The Surfrider Foundation, an organization that is very close to Sam’s heart and that he has supported for many years.

Lynnpd of The Vault met up with Sam Trammell last year at the yearly Surfrider event in Malibu. Sam told her why he supports the organization.

Read the complete coverage of the event here. 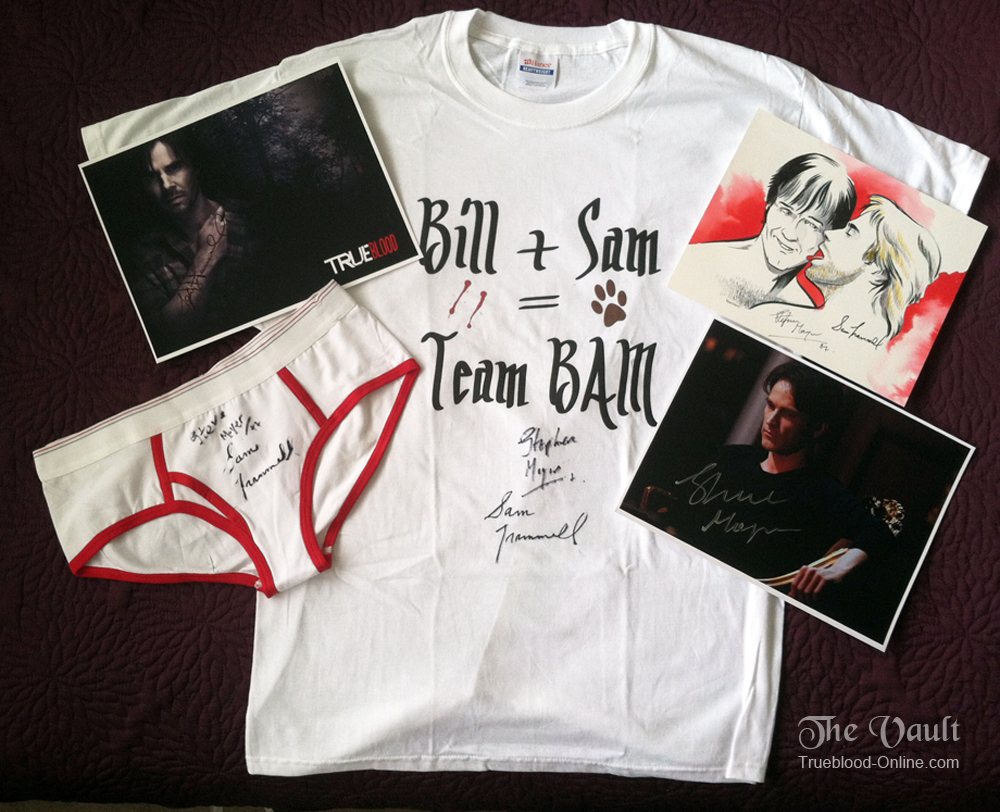 The Vault – TrueBlood-Online.com auctions off for Surfrider:

The auction winner will also receive the HQ photo files of Sam and Stephen with the items.

Visit the auction listing and place your bid: http://r.ebay.com/ExuLFA

The auction ends on May 26 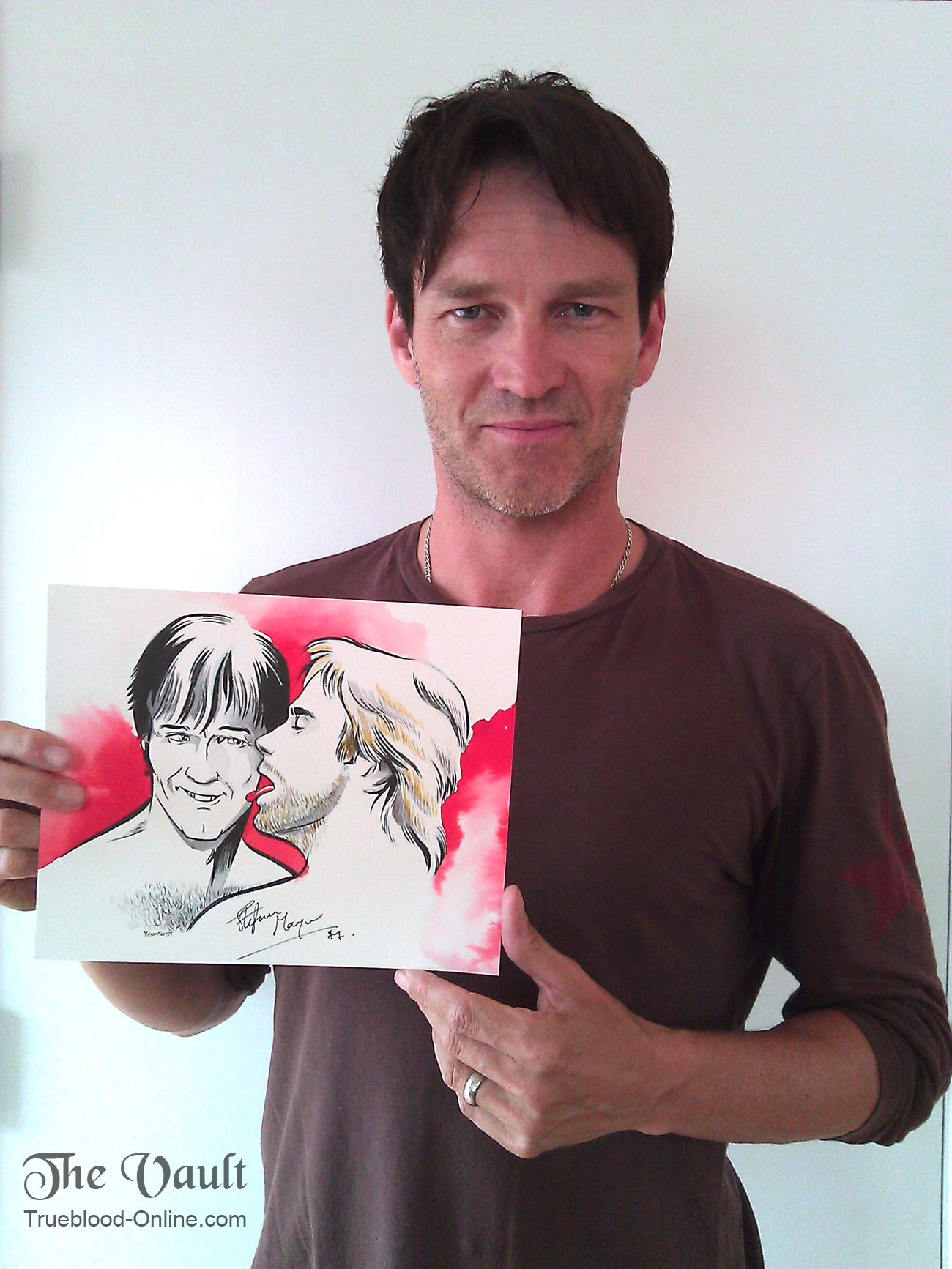 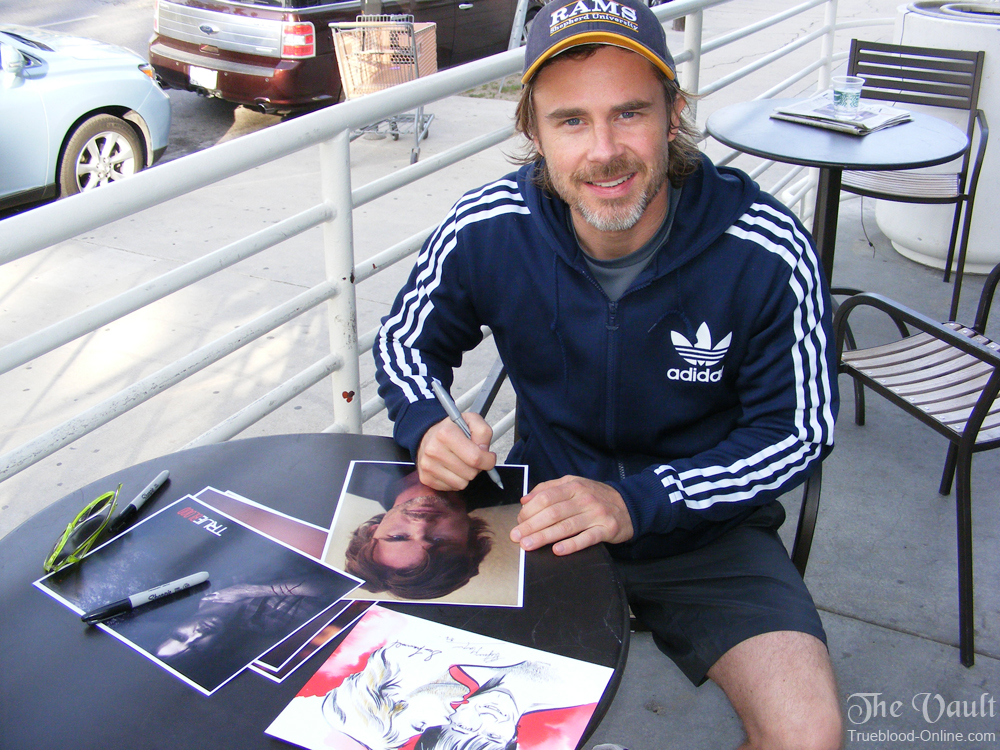 You can support Surfrider also by making a donation.