Sam Trammell to play the lead in a new indie film: The Aftermath 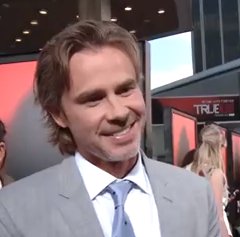 True Blood’s shapeshifter, Sam Trammell has been cast in the lead role as a junkie in the gritty independent film, “The Aftermath,” a film with a tone that is a cross between “Winter’s Bone” and “Trainspotting.”

San plays a struggling addict who becomes obsessed with a pendant that he believes will save his marriage. When the pendant is stolen, he plunges into the seedy underworld of his small town in search of it.

Tim McCann is directing from a script he co-wrote with Shaun Sanghani, who is also producing. In addition to starring, Trammell will also serve as an executive producer.

Sam will get to go back to his Louisiana routs since a July 29 start is scheduled for the film in Alexandria, Louisiana.