Tara Buck and Chris Pierce are more than a talented married couple in the fields of acting and music; they are genuinely nice people which will be revealed as they chat with EJ.

As all the True Blood fans know, Tara is best known as playing Ginger on HBO’s True Blood for all seven seasons. She has been an actress since the ’90’s, working on shows like “Party of Five” and “X-Files.” Since True Blood ended, Tara has more recently done guest spots on Justified, Backstrom, Bones, Longmire and more! 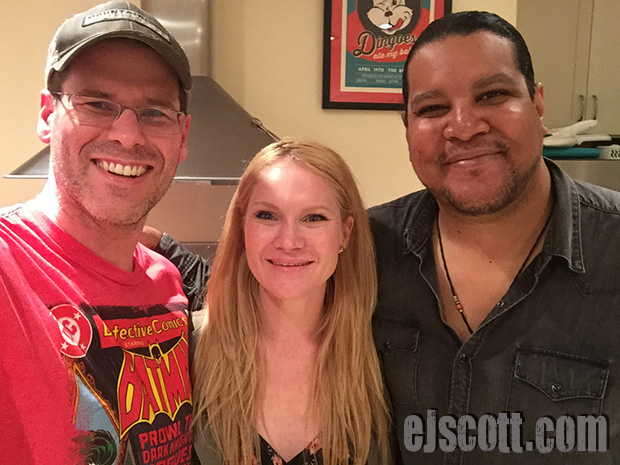 Ej, Tara and Chris talk about:

Be sure to listen to EJ’s other podcasts because those are pretty amazing also.

Please donate directly and safely to the Choroideremia Research Foundation by credit card or Paypal using the PayPal button below. Donations are tax deductible for US residents.