EJ Scott has interviewed many True Blood cast and crew members for his podcast “Scratch the Surface”, so we were very excited and honored when EJ invited us to be his guests.

We have done numerous interviews for The Vault over the years, but this was the first time that we answered the questions instead of asking them. 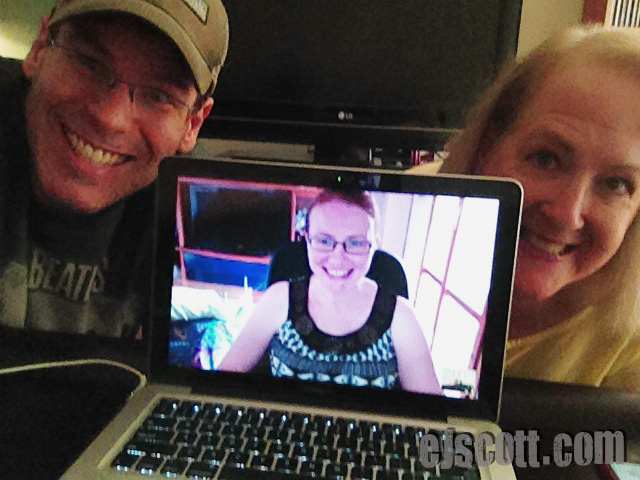 Shadaliza and Lynn have been running the Vault from the beginning of the hit HBO show TRUE BLOOD. They are die hard fans.

They talk about many things, such as:

Please share with your friends on social media or any other way.

Also, be sure to listen to EJ’s other podcasts because those are also pretty amazing.

Please note that at about 40 minutes into the podcast Shadaliza’s sound broke up and she wasn’t able to complete a thought, but she would like to fill in the blank now and explain what she was saying. EJ asked Shad if there had ever been a time when she was less invested in the show and the websites.

“I must admit there was a time for me last year, when I was a little less invested in the show. It was not only about the show but there were other things at play as well. Lynn mentioned before that she interviewed people and that she goes to all these events. I am extremely happy for her that she has the possibility to do all that, but because of my location I am missing out on all these wonderful experiences. It would have been so great for us as co-admins to do these things together; we would have had so much fun. Instead of attending the True Blood premiere party, meeting cast and crew, visit the set, etc I sit at home at my computer and post the photos and edit the videos. I did conduct interviews by phone and Skype, I met several cast members at the Bitten Con in the UK and an absolute highlight was spending a day sightseeing in Rome with Kristin Bauer and her husband. But last year I felt really bad about missing out and being so focused on a place so far away from me, that I needed to take a little distance and focus more on the life that I have here in my hometown. I started to be more active in the Dutch community here in Florence, met new people and did a lot of fun things away from my computer. I really needed that and now I am back full force for the last season.”

Correction: scenes with Ryan Kwanten (Jason) and Eddie Gauthier (Stephen Root) were in Season 1, not Season 2 as Lynn stated in the podcast.

And we’d love it if you’d consider giving to EJ’s charity, The Choroideremia Foundation. He is trying to reach $1 Million this year and there’s a long way to go! Donate directly and safely by credit card or Paypal using the PayPal button here below. Donations are tax deductible for US residents. PayPal – The safer, easier way to pay online!