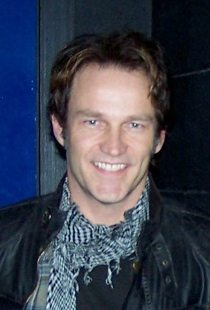 During a shoot on the True Blood set last night Stephen Moyer was bucked off a horse while shooting a scene for episode 2 of True Blood’s third season. According to our source Stephen was slightly injured and couldn’t complete the night’s work, in his trailer he was wrapped in ice packs.

After he had recovered from the initial pain his spirits were up again but everyone was a little shaken. Depending on how fast Stephen recovers from this unfortunate fall, they might be forced to shoot around him until he makes a full recovery.