Stephen Moyer to star in Kurt Sutter’s “The Bastard Executioner” 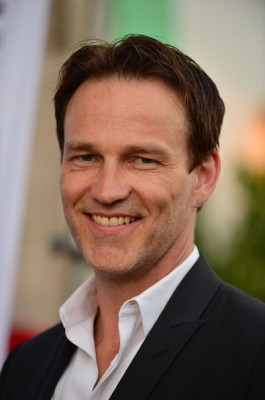 Sutter, who penned the pilot, will also serve as exec producer, alongside Brian Grazer, Francie Calfo and Paris Barclay who will direct. The project hails from Fox 21 Television Studios and FX Productions. In a surprising move, Sutter himself is set to play a major role in the potential series. Additionally, Aussie newcomer Lee Jones has snagged the title role, and The Americans‘ Matthew Rhys will guest-star in the project.

The Bastard Executioner, which will be directed by Sutter’s Sons of Anarchy collaborator Paris Barclay, tells the story of a warrior knight in King Edward I’s charge who is broken by the ravages of war and vows to lay down his sword. But when that violence finds him again he is forced to pick up the bloodiest sword of all.

Moyer plays the street smart and noble Milus Corbett, one of Ventris’ marshals in the army. Now, serves as his Chamberlain, Chancellor and Justiciar. Sagal, meanwhile, will play Annora of the Alders. Prescient, mystical and beautiful, she offers predictions, cures and potions.

Other Executioner casting deets below:

Production on the pilot begins on March 19 in Wales.