On September 5, LIVE with Regis and Kelly will kick off the “Regis Farewell Celebration Season,” a heartfelt, not-to-be-missed commemoration of the legendary co-host’s years on LIVE and Stephen Moyer will join the celebrations. 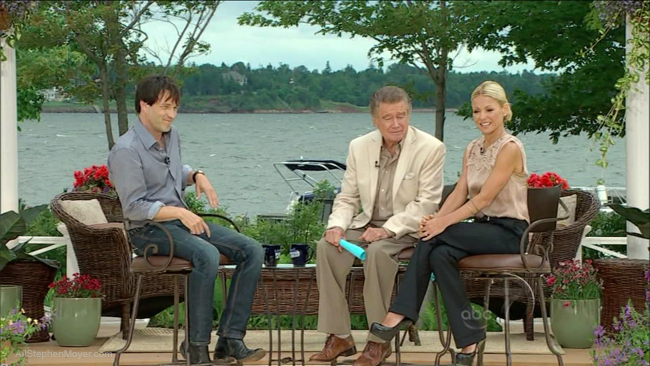 Favorite guests, that include Stephen, will return for one last sit-down with the one-of-a-kind team of Philbin and Ripa, sharing their personal recollections of years of visits to the show. In addition, dozens of celebrities have chimed in to send special messages and remember the times they’ve shared on LIVE with the indefatigable host.

All season long, LIVE will continue to showcase the top celebrities and A-List talent for which the program always has been known. The season will begin with appearances by actors Matt Damon and Stephen Moyer, actress Salma Hayek, superstar singer Celine Dion and comedians Jonah Hill and Seth Meyers. Also stopping by will be Gavin DeGraw, Taylor Lautner, James Marsden, Tom Selleck and many more.

Although above it says that the season will begin with Stephen above, we’re not yet sure that Stephen will be on the September 5th show, so stay tuned for further updates about the official date.