We are now three episodes into season six and most of our burning questions still remain unanswered. I do, however, have my own theories on what will happen in the coming episodes.

More thoughts on “Who Will Bite The Dust”

We all know that one of our beloved main characters will bite the dust this season. Many are convinced its Eric while others believe Lafayette will finally meet the same fate his character did in the books. If I’m choosing between the two, my money’s on Lafayette, simply because it’s no secret that Eric is probably the most popular fan favorite on the show.

That being said, after watching “You’re No Good”, I’m convinced that a character I had never really considered to be in danger before could meet his demise this season and that’s Jason. It’s obvious that Sook’s loving big brother is ill and seems to only be getting worse. From the spoilers I’ve seen for episode four, Sookie and Jason’s faery grandfather don’t seem to keen on helping his grandson, since Jason missed out on the Fae gene.

Jason has survived multiple were-panther attacks, an overdose on V, and Steve Newlin among other obstacles, but he has always bounced right back, until now. Not only is Jason physically ill, his mental state hasn’t been all that great either. Could it be that all the tragedy and danger that have followed the Stackhouse siblings are finally catching up to them, Jason being the one taking the brute?

He is, after all, merely mortal whilst his half-fae sister still has the vamps, weres, and royal faEry kin to help her out. Then again, Jessica may still be carrying a torch for Jason and help him out with her blood, if he will allow it. 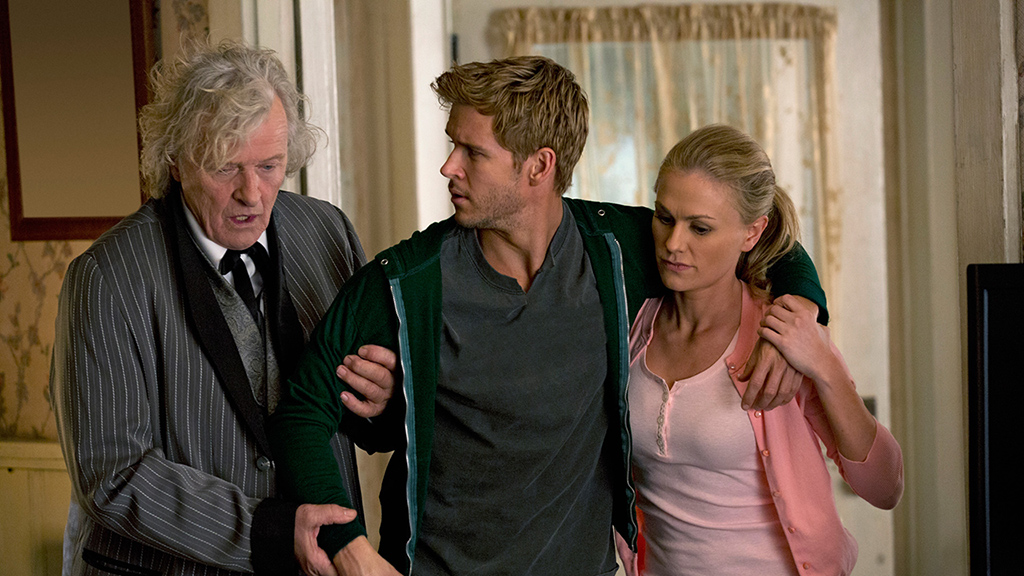 Another character I believe may possibly be in danger of meeting her maker is Pam. In the last couple of seasons, Pam has been taking desperate measures to keep Eric to herself but her attempts have instead pushed him away. Or so it seems, bottom line is Pam will do anything and I do mean ANYTHING to keep her maker safe and if that means the true death for her, well so be it.

Pam is probably one of my top five favorite characters and Kristen Bauer Van Straten does a fabulous job portraying her but her character has grown away from the sassy, bad-ass vamp we knew in first three seasons. She has gone from smart and witty to clingy and a little crazy.

I do applaud the Tara/Pam pairing, though I don’t see it lasting too long. Tara is also one whose fate is up in the air. There seems to be a pattern with Tara, every time she is saved from a terrible thing, something similar ends up happening to her anyway.

Tara thought Lafayette was the body in the back of Andy’s car in the season two premiere but he reappeared after being held captive in Eric’s dungeon then in the season two finale Jason kills Tara’s new love, Eggs, because he thought Eggs was trying to kill Andy Bellefleur. Then, Tara narrowly escapes being made vampire by the demented Franklin Mott in season three, only to be turned by Pam in season five to avoid dying from a gunshot wound to the head courtesy of Debbie Pelt. So, wouldn’t it only make sense if Tara finally met the true death? After all, you can only escape it so many times before it finally catches you. At this point in the season, it seems that almost everyone except Sookie is fair game.

Speaking of the fae, there are two new faes in town, one being Ben Flynn, the ruggedly handsome stranger Sookie helps out in episode 2 (The Sun). Ben has now returned to assist Sookie’s faery grandfather, Niall Brigant in keeping Sookie safe from the yet to really be seen Warlow, the progeny of Lilith, who was promised Sookie would be his by her several times great-grandfather John Stackhouse. 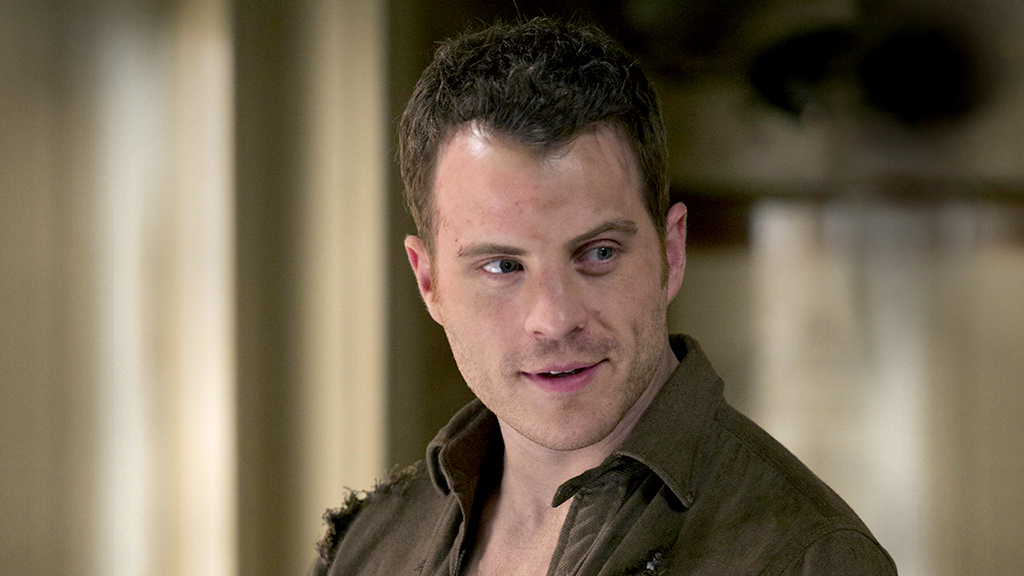 Ben just kind of appeared out of nowhere and we don’t really know much about him, yet, other than he knows a little more about the Fae than Sookie does and he and the Sook can “feel” each other, something neither could do with any other fae. Maybe they are supposed to be soul mates?

Many Trubies are thinking that Ben is some kind of bad guy, maybe somehow connected to Warlow, but I disagree with that. I think he is totally a good guy and while I am TEAM ERIC, it is a little refreshing seeing Sookie having a chance to be with her own kind, someone that truly gets how she feels. Maybe Ben and Sookie are destined to have lots of half-fae babies to restore the bloodline destroyed by Warlow? Or maybe he is just someone to make Eric jealous so he will come to his senses and take Sookie and his vamp family of Pam, Tara, and Nora out of Louisiana and away from all the danger.

Why not leave the State?

I am really wondering why all the Louisiana vamps haven’t left the state already. I mean, if Louisiana is the only state invoking these Jim Crow Laws for Vamps, why not just go to another state? You got Mississippi, Arkansas, and Texas all within a couple hours distance, so it’s not like it would take awhile to get to a safer territory. 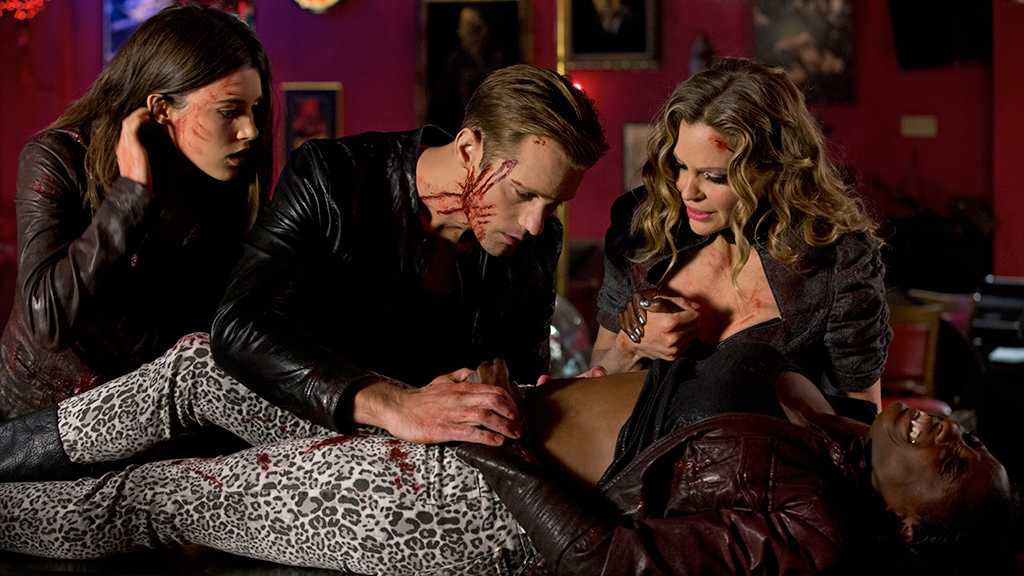 Maybe set up camp at Russell Edgington’s old place in Jackson or head back to Dallas to seek help from Isabelle, Godric’s former second? But no, our favorite vamps choose to stay in the land of the un-free and walk right into danger. Guess we wouldn’t have much of a season of they didn’t.

I still can’t decide if I like the new Billith or not. Frankly, old Bill was kind of uptight and bland. Maybe it’s time to give the Confederate soldier the True Death once and for all so Stephen Moyer can spend more time directing and making babies with his wife. 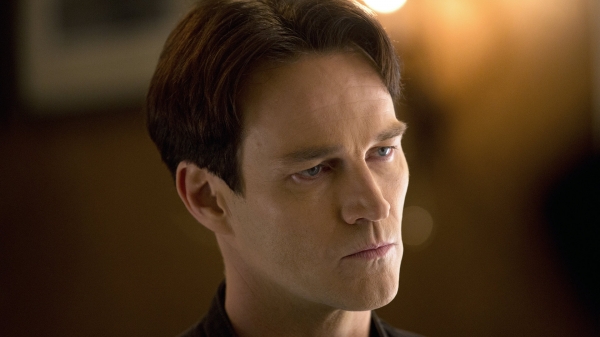 Telina is a 26 year old mom, free-lance writer and blogger and a dedicated Trubie. She is currently working on her first novel and a new blog.

Telina is a 26 year old mom, free-lance writer and blogger and a dedicated Trubie. She is currently working on her first novel and a new blog.