Ten things to do in Bon Temps before the world ends

As you may have heard, the calendar of the ancient South American Mayans ends on 21st December, so there’s speculation that this is the day that the world is going to end. If that were the case, then where better to spend the countdown to the apocalypse than Bon Temps? Here are some shenanigans that you could get up to before the end of days… 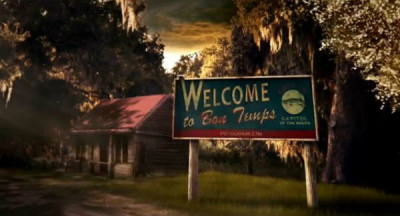 1. Head to Bon Temps’ premiere bar and eatery, Merlotte’s. As proprietor Sam Merlotte has pointed out, a lot of people get murdered there, so it’s a good thing for him that the town doesn’t have too many bar options. You can sample Merlotte’s old style Southern cooking, courtesy of head chef Lafayette, and sous chef Terry Bellefleur. While you’re enjoying your cheeseburger with AIDS, why not have a beer with Hoyt’s road crew? And the flat screen TVs make this bar a great place to watch rolling news coverage of the coming apocalypse.

2. Go and hang out at resident Vampire King William Compton’s classy antebellum mansion. Please note: you might want to give him a spongebath if he’s in Billith mode. If you’re a gamer, then how about playing some Wii and X-Box 360 with him and Jessica (he favours Wii Golf, while she does a mean Cherry Bomb on Rock Band). Or if you ask nicely, King Bill might show you his jazz piano. And when the end of the world does come, he’s got a handy nuclear bunker beneath his home that you could hide out in.

3. Head over to Lafayette’s place. The end of the world is nigh, so now is the perfect time to try a V trip for the first time. Or if the ultimate psychedelic experience is not your bag, you could just smoke a bong and try on some of his frocks.

5. Check out one of the barbeques that the local werewolf pack holds. While there you can eat some meat (don’t worry, they only eat their dead relatives raw), play fetch with adorable werewolf cub Emma, and hopefully see some young alpha wolves wrestling. If you get drunk, Alcide will be happy to carry you home. 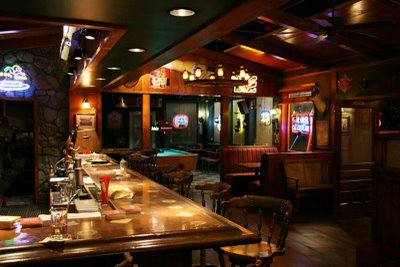 7. Take a short drive to neighbouring town Shreveport, home to the South’s number one Vampire nightclub, Fangtasia. There’s industrial metal on the jukebox, poledancers, and plenty of opportunities to lose your fangbanging cherry. While here, if you’re easy on the eye, proprietor and local vampire sheriff Eric Northman might take a shine to you and let you sit on his knee on his throne. Hell, maybe he’ll let you swing his Viking sword too.

8. Hook up with Eric’s sardonic vampire lieutenant Pam. Raid her closet (it did Tara no end of favours), have a TruBlood cocktail, and bitch about Sookie’s precious fairy vagina. She might even let you check out her fluffy pink coffin.

9. Be sure to visit the Bon Temps cemetery, a historical burial ground dating back to before the Civil War. It’s also an excellent location in which to indulge in some very muddy graveyard sex.

10. When the hijinx get out of hand, get yourself arrested by Bon Temps’ finest. You’re bound to enjoy getting handcuffed by Jason in his cop uniform. If you aren’t too much of a troublemaker, he might do some handstand push-ups to keep you entertained while you’re in your cell.

Podcaster at God Hates Fangs
Natalie co-hosts God Hates Fangs podcast with her husband. She is currently working on a trilogy of sci-fi vampire novels.

Latest posts by AphroditeMF (see all)

Natalie co-hosts God Hates Fangs podcast with her husband. She is currently working on a trilogy of sci-fi vampire novels.