Below is PART 1 of the adventures Jennifer and her two friends Suzanne and Katy had when they came here from the United Kingdom specifically to attend Comic Con, see True Blood locations, and generally have a good time.

The following are the tales of our epic adventures to see all things True Blood and Stephen Moyer!

How did we meet? The three of us met at Bitten, the first Unofficial True Blood convention in the UK in 2010. We hit it off immediately through our shared love of the show (and our wicked sense of humour) and have attended the convention together for the last 3 years. The final convention was in 2012 and we wanted to continue experiencing as much of the show as possible. We decided there and then we wanted to go to see the True Blood panel at San Diego Comic Con.  Hotels were reserved, flights were booked and after a very nerve-wracking queue for Katy in SDCCs “Epic online waiting room” (that’s actually what it’s called!) our badges for Comic Con were all reserved. 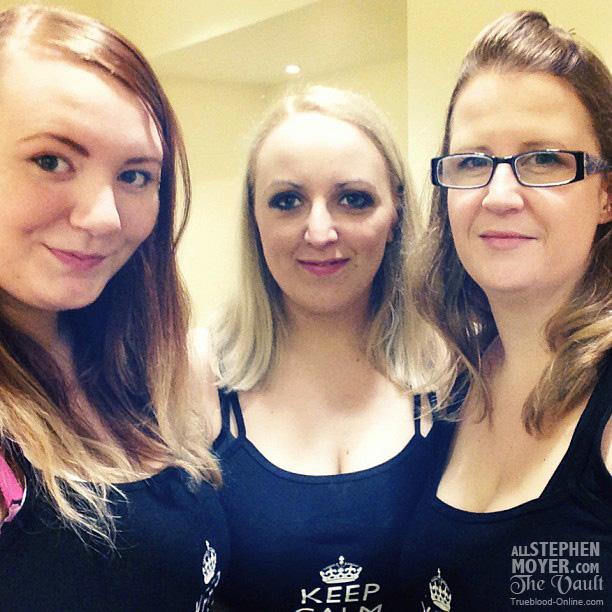 The first stop on our tour was New Orleans. This was even more appropriate after the shenanigans in True Blood Season 5 on Bourbon Street. Sadly no vampire piggybacks or karaoke I’m afraid. We tried the local cuisine (gator hash anyone?), hospitality (cocktails in the street is encouraged) and local tourist sites including a steamboat ride down the Mississippi river, a trip on a bayou with Captain Dave and a day trip to the Oak Alley Plantation where some scenes from the film, “Interview With A Vampire” were filmed. 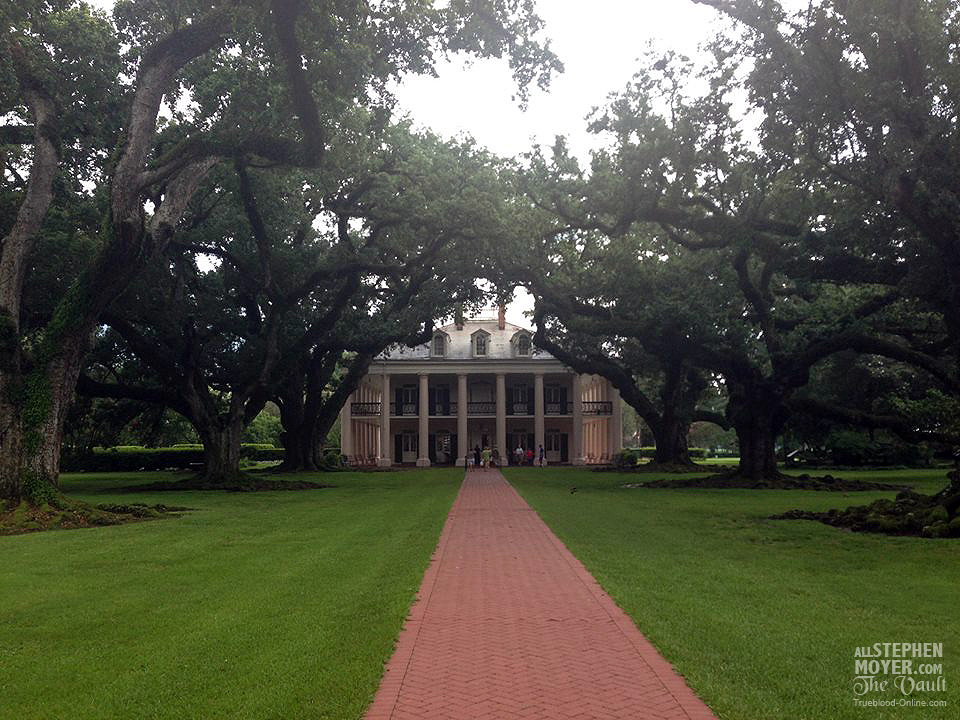 Oak Alley Plantation, Louisiana (scenes filmed her from Interview with a Vampire were filmed here)

Our second stop was Los Angeles, California. We arrived early in to LAX airport and after picking up our car rental we headed straight out to some of the True Blood filming locations.

From the airport we went to Big Pattys Pie House from season one. It is actually a fully functioning diner called Chips located in Hawthorne. 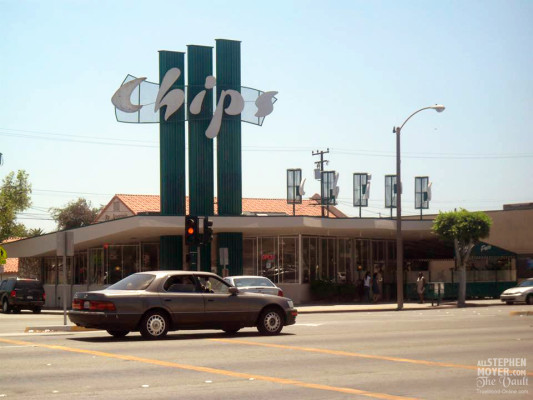 We stopped for a quick photo op and then went to find the Bon Temps Police Station. This is also a working Police Station in Hawthorne but no one seemed to be home that day.  Exciting for us “Bon Temps” is still written on the entrance door. 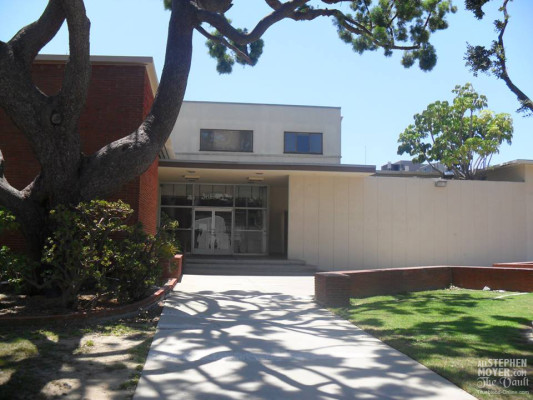 Next on our travels was a trip to Long Beach to find the outside location for Fangtasia. Ironically the real name of the venue is Alex’s bar. We decided that perhaps not all the car park is genuine in the show as it is much smaller that it appears on the screen compared to what you see when Eric and Russell Edgington are baking in the sun in season three. 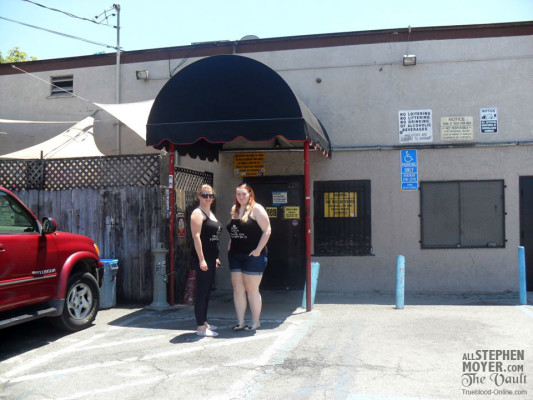 Outside the original location for the Fangtasia Bar

Fellowship of the Sun Church

From Long Beach we drove to Whittier to the Rose Hills Memorial Park. This is the church used in season two for the Fellowship of the Sun. It is set on a stunning hillside and the grounds are beautiful. The church is located at the top of the hill so we highly recommend driving as its quite a distance from the entrance. 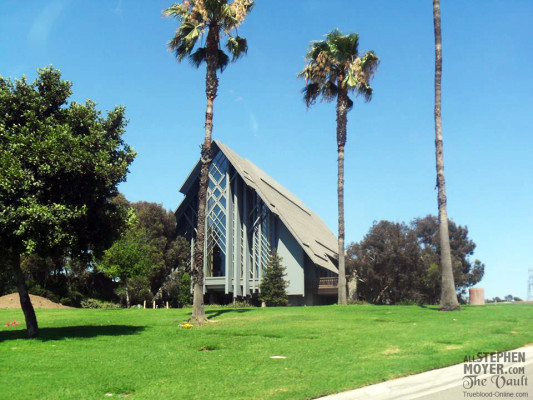 location of “Fellowship of the Sun” church from Season 2

We then set out to Las Virgenes near Malibu for Sookies house. The building was custom built for the show and it is set on a private road. We wanted to see how close you could get but as it turned out you could only see the rooftop from a distance. It was good enough for us though.

If you are interested in visiting the same locations the addresses are below.