The Vault Exclusive: Jamie Gray Hyder the True Blood she-wolf with a bite 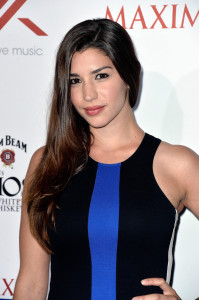 What was your audition for the part like and did you only audition once?

-My audition only consisted of one line and I knew I had to nail it! I went in, did my audition for a room of people that included True Blood creator, Alan Ball. I got a call saying they wanted to book me 2 hours later! It took a few days to kick in.

It appears that True Blood is your “big break, is that true? If so, how has your life changed since you got the part?

-My role on True Blood is definitely my biggest role yet. My personal life has remained the same, but professionally, I think it’s been a huge asset having HBO on my resume.

What was it like to join a show that is so incredibly popular already?

-I am so grateful to have landed on a show with such a huge following. Our fans are amazing and so responsive. The show is very responsive to the fans, as well. The fate of some characters often lies in the reactions of our fan base.

How did you prepare for the role of Danielle?

-In playing a werewolf, I think it’s all about the balance between your human and animal instincts. Studying wolves and the lore behind the werewolf gave me insight into the more animalistic aspects of Danielle. But then she has a human side, which causes me to draw from my own life experience.

What kind of girl is Danielle?

-Danielle is very opportunistic, but a team player. She is werewolf through and through and feels most comfortable in the pack. She’s young and sexy and wild.

What is Danielle after? What is her end game?

-She wants to be a senior member of the pack. She wants to prove her worth and value to the pack, and often makes questionable decisions in doing so.

What can we expect from Danielle in the future?

-She’s going to continue being involved in the major happenings in the pack. She continues to show she’s a little rough around the edges. 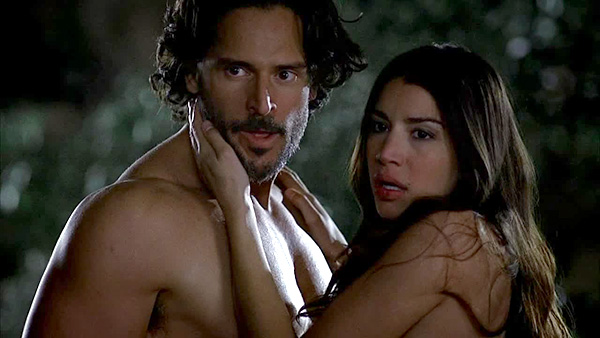 -In a word, cold. It was 30 degrees! But the crew took good care of us, and we stuck it out. Having worked with Kelly and Joe in the past, made filming the scene more comfortable.

Why did Rikki bite Danielle’s neck?

-She wanted to assert her dominance.

How did you, Joe and Kelly prepare for this scene?

-Kelly and Joe had already shared an intimate scene in Season 5, so they checked in with me to make sure I felt good about everything. Then we just went for it!

-Joe is great to work with. His discipline is commendable and he is a consummate professional.

Is it different working with a director who is also an actor on the show? (Stephen Moyer)

-Working with Stephen was wonderful, especially considering the nature of my scenes in the first episode. Having been naked on the show himself, I knew Stephen could relate to our situation. Every director on the show is so talented, but Stephen’s perspective allows for him to better communicate with the actors.

What other projects are you working on at the moment?

-I have a great project coming out in the Fall, but cannot discuss it right now, unfortunately. I will keep you posted!