Today’s vampires, not about capes and bats 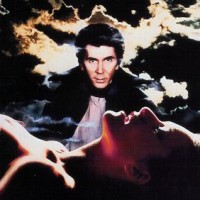 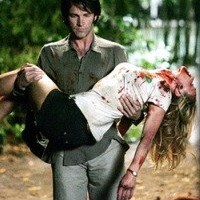 Everybody’s talking about vampires these days.  Those that aren’t enamored by them, like I am, are always asking me, “What’s the fascination”?  Those doing the asking are not fans of the latest TV shows and movies that include vamps and don’t realize that vampires aren’t what they used to be. 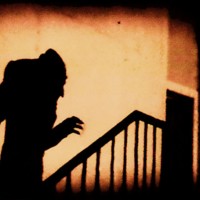 Since Halloween is less than a week away, and our children are about to go out in their costumes and we head to Halloween parties where some of us will even be dressing up as our favorite vampire hero or heroine, it seemed like a good time to think about this recent change in the perception of vampires.  With all of this talk, it got me thinking, how has the image of the vampire really changed?  Most of what I know about vampires I got by reading books or watching films and TV, but I guess that would have to be since vampires only exist in these created worlds.

I have never been a huge vampire fan before experiencing True Blood, although I admit to watching Dark Shadows with Barnabus Collins and loving the campy soap opera. However, recently, with films like Twilight and TV shows like Vampire Diaries and most importantly, our favorite TV show, HBO’s True Blood, I have a new attitude about these blood suckers then when I grew up.  This started me wondering about the history of vampires and how this transformation has taken place.  And, although I must acknowledge the written word is probably the geneses for this transformation from monster to love interest, especially with Ann Rice’s, Interview With a Vampire and Charlaine Harris’, Sookie Stackhouse Mysteries,  I’m more of a “visual” thinker, so I decided to focus here mainly on how vampires have transformed in films and TV.

Vampires have quite a history going back to ancient times in folklore.  They began appearing in literature in the 1720’s. The German poem “The Vampire” was among the first, published in 1748 by Heinrich August Ossenfelder.

The Vampyre, written by John William Polidori in 1819, was a short story in New Monthly Magazine, and it was the first to take the folk-tale vampire and make him a suave operator who preyed on aristocrats. 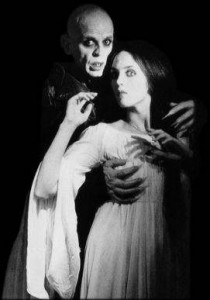 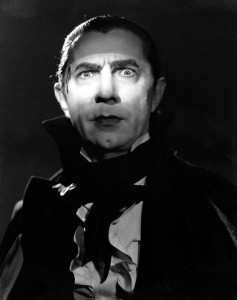 However, since Bram Stoker unleashed “Dracula” in 1897, vampires have long been a part of the world’s pop-culture scene and this character epitomizes our impression of what a vampire is.  All we know about him is that he is one who possesses and was only interested in victimizing those who are human in order to drink their blood.

Early in the twentieth century, the film medium embraced horror and especially the vampires.  The first really famous vampire film was Nosferatu. This film made in Germany in 1922, by the famous German Expressionist filmmaker, F. W. Murnau is now legendary.  Clearly, Nosferatu (Dracula) is a monster, misshapen and hunchback, and could not be mistaken for a heartthrob in any way.

Then, in the 1930’s, American film went crazy about monster films which were made popular by Universal Film Studios.  Bela Lugosi is the image of what we think of as the classic vampire.  However, he, and later Christopher Lee, were more in the “traditional model” which shaped our generation’s impression of what it was to be a vampire.  These films never characterized them as anything other than monsters and, although there was always the suggestion of sex, it was still a bad thing for someone to be bitten.  However, they did manage to open the doors for later films that depicted the more “likeable” vampires such as Frank Langella whose portrayal of Dracula in the 1970’s is probably the first truly sexual portrayal of the character.  Then, in the 1980’s, Hollywood started hyping a new, sexier angle. The film The Lost Boys, with its slogan “Sleep all day. Party all night,” helped turn vampires into guys you’d want to hang out with. This approach, with a twist, really took off with Buffy the Vampire Slayer, a television series that ran from 1997 to 2003, featuring a California town crawling with vampires.  Then, Tom Cruise and Brad Pitt in “Interview With the Vampire” and later with Francis Ford Coppola’s version of Stoker’s classic, we were even more aroused. 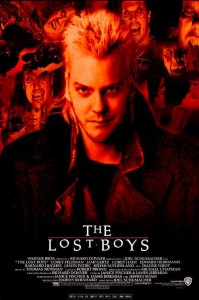 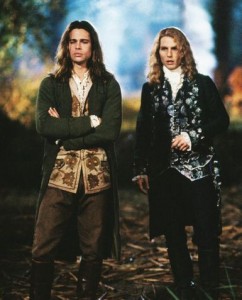 Brad Pitt and Tom Cruise, Interview with a Vampire
The Lost Boys
Interview With A Vampire
Bram Stoker’s Dracula

So, what is the difference in today’s vampires vs. those of the past. In my mind, there is a big difference.

Of all the creatures that we see in horror films, vampires have always been the most like us, and in True Blood, we identify with them more then ever, since they are now able to “mainstream” or become part of society. This new crop of vampires have similar desires as we do — except drinking blood, of course. So, with their good looks, we have turned them not only into sex symbols, but we want to be like them. Bill Compton of True Blood wants to live among humans and with the aid of synthetic bottled blood can do just that. And, with the additional powers vampires possess in strength, speed and yes…a very active libido, humans are fascinated. And when you add the aspect of eternal life, which has always been a human desire, the vampire becomes an incredibly powerful metaphor for sex, escapism and the promise of a better and longer life. Just like other super heroes, they show us how we can become something more than we ever dreamed and they provide a means to achieve our goals.

So, this vampiric transformation makes perfect sense to me allowing the forbidden to be something we can now embrace.  We  can love them without guilt, shame or fear, and besides, look at them, they are hunks! 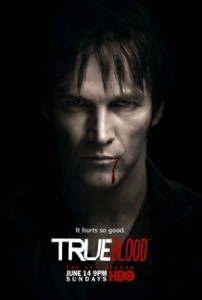 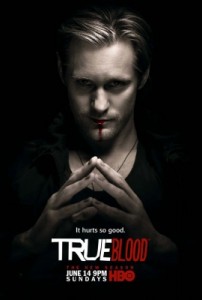