Todd Lowe in ‘Day Drinkers’ at the Odyssey Theater in LA 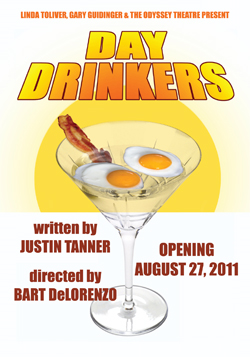 Last Wednesday night (September 21, 2011), I went to see True Blood’s Terry Bellefleur, Todd Lowe appear in the play “Day Drinkers” at the Odyssey Theater in Los Angeles. This is the world premiere of Justin Tanner’s play, which is a lovelorn comedy about the perils of passion under the influence.

The play is scheduled to run until October 9, 2011, but Todd told me that it may be extended due to popular demand.

Todd plays the part of “Daniel” who, with his wife, Jenny owns the bar where the play takes place. The play is a real ensemble piece and all of the cast were wonderful including Cody Chappel, Melissa Denton, Tom Fitzpatrick, Maile Flanagan, Danielle Kennedy and Jonathan Palmer.

Play Synopsis:
Nine a.m. is happy hour in Justin Tanner’s new comedy, Day Drinkers. As the family of bleary-eyed regulars descend on their favorite dive bar and morning slouches into day, cocktail after cocktail is served, secrets are spilled and hearts are wounded… Love is in the air. 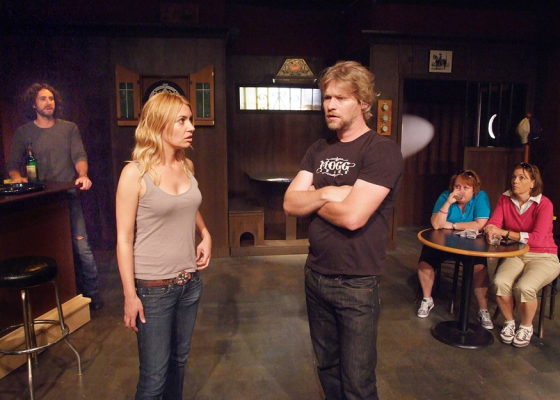 Daniel (Todd Lowe) and his wife Jenny (Chloe Taylor) are having trouble with their love life which is compounded by the fascination that Jenny has for Daniel’s brother Caleb (Cody Chappel).  This is all surrounded by the lives of the other regulars Mick (Tom Fitzpatrick) and Val (Daniel Kennedy), an older couple who seem to be drinking themselves to oblivion and loving every minute of it and each other.  The other regulars are a lesbian couple Kate (Melissa Denton) and Sharon (Maile Flanagan)who are on their way to the in-laws, when Sharon announces she isn’t going.  Then, Mick’s son, Bradley (Jonathan Palmer) arrives ready to take away the family fortune from his father by proving that Kate doesn’t love his dad. 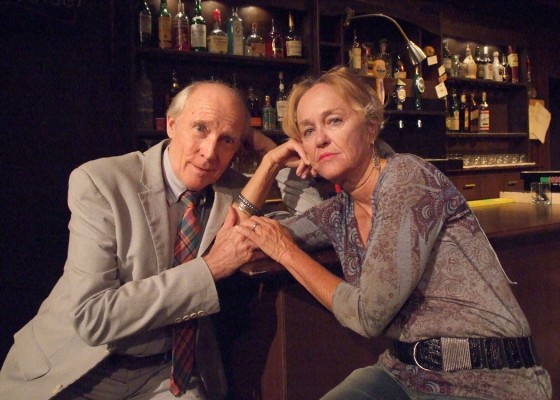 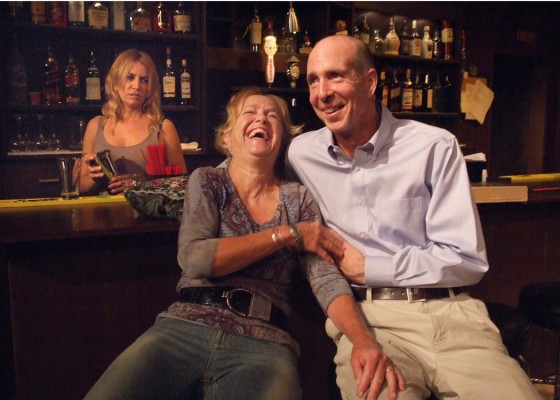 The playwright, Justin Tanner has been a Los Angeles playwright for 24 years. His cult hit Zombie Attack! ran from 1989 to 1999 at Hollywood’s CAST Theatre. Other plays include Procreation, Voice Lessons, Space Therapy, Oklahomo!, Wife Swappers, Coyote Woman, Intervention, Heartbreak Help, Pot Mom, Bitter Women and Teen Girl. His TV credits include “Gilmore Girls” and “My So Called Life”. He has written and directed 32 episodes of his lurid noir web series “Ave 43”, currently available on YouTube.

The director, Bard deLorenzo is the artistic director of the Evidence Room Theater where he has directed or produced over 50 plays during the last 16 years. He is pleased to return to the Odyssey where he recently directed Margo Veil and The Receptionist (Evidence Room co-productions) as well as A Number. Recent directing includes: Legacy of Light and Around the World in 80 Days at the Cleveland Playhouse, King Lear with the Antaeus Company, the world premieres of Doctor Cerberus and Shipwrecked! An Entertainment at South Coast Rep, Bobrauschenbergamerica with TheSpyAnts, Voice Lessons at the Zephyr and Sacred Fools, The Projectionist at the Kirk Douglas, and Joan Rivers: A Work in Progress at the Geffen Playhouse. He has received five LA Weekly Awards, three Backstage Garlands, and the LA Drama Critics Circle Award. 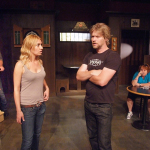 I highly recommend this play to anyone who wants to have an enjoyable evening out and experience some good acting to boot!

The play was hilarious and the entire ensemble cast did a fabulous job. Danielle Kennedy was extremely funny but she was equally met by the rest of the cast.  Todd did a wonderful job playing the love starved husband/bar owner and we even got to hear him sing and play guitar during the play.

After the play was over, Todd spoke to me for the brief interview video interview below. In the video, he talks about how he got involved with Day Drinkers through the playwright, Justin Tanner, whom he met while he was working on the show, Gilmore Girls.  He also discusses how he enjoys being on stage getting immediate reaction the jokes and where his band will be playing next.

Todd’s band, LA Hootenanny plays often at Villains Tavern in Los Angeles. The tavern is located on 1356 Palmetto Street, Los Angeles, CA 90013 – (213) 613-0766. I saw them play before and enjoyed it immensely; they have a lot of fun and get the audience really engaged. I recommend going to a performance.

You can read more about Todd’s band on Facebook, by clicking on the image below. 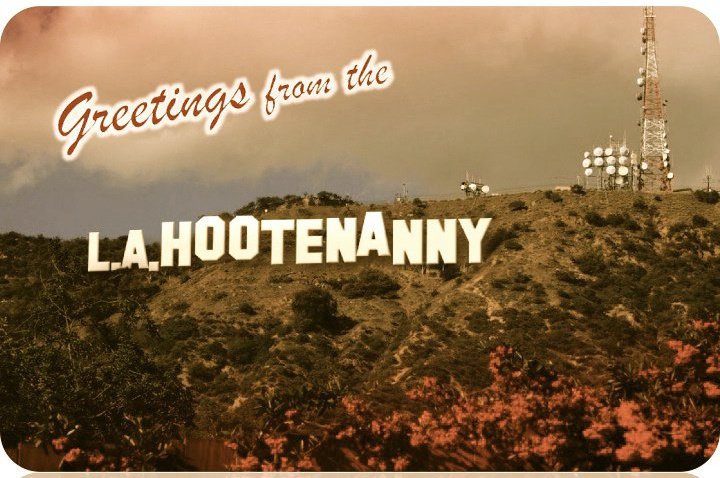