This is our selection of the top 5 WTF moments of True Blood episode 5.12 – Save Yourself.

Alcide’s the new pack master
Martha brings Rikki to Alcide for help. JD is forcing the pack to drink vampire blood. Rikki is in bad shape and Martha thinks she’s overdosed on V. Once she is feeling better, Rikki tells Alcide about the terrible things JD is doing to the younger girls. Alcide drinks vampire blood so taking on JD will be an even fight. With the element of surprise on his side Alcide gets the jump on him. The V pumping in his veins sends him into a rage. Alcide beats JD senseless then breaks his neck. The other pack members bow to their new leader. 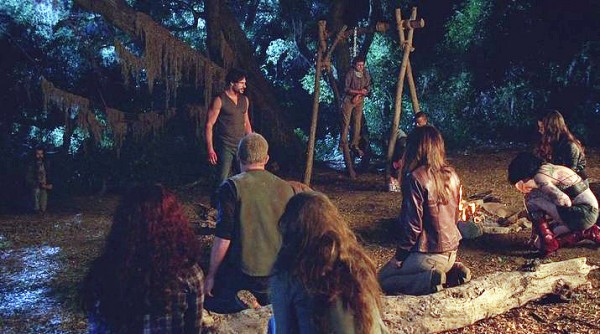 Sam kills Rosalyn
Shifting into a fly Sam makes his way around Authority headquarters. Discovering Steve Newlin’s bedroom he forms a plan to save Emma. A mother will do anything to save their child even if it means she suffers in the process. Luna shifts into Steve and frees Emma from her cell. The plan gets sidetracked when Rosalyn makes Steve/Luna do a live broadcast to explain why he and Russell were at the frat house where all the members were killed. During the broadcast Luna begins coughing up blood and shifts back. Rosalyn is furious. Before she can attack Luna Sam shifts into a fly and flies into her mouth. Still inside her he shifts back causing her to explode. I couldn’t believe my eyes. That was the most creative way to kill someone that I’ve ever seen. 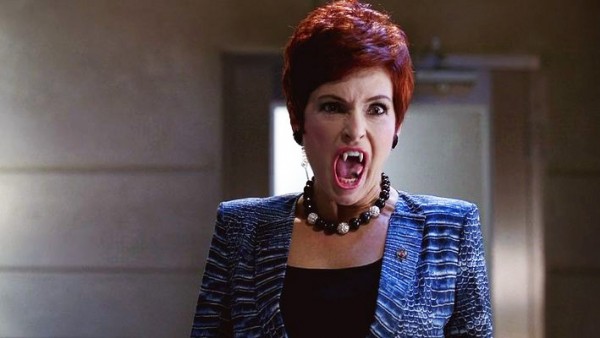 No more mister nice guy
Sookie agrees to help Eric save Bill, Jessica and Pam. Jason goes along. Since finding out vampires killed his parents, Jason he despises them. On the way to the Authority he and Sookie stop to load up on vampire killing weapons. Once inside Jason starts shooting anything with fangs. As soon as Jessica sees Jason she tells him she loves him. He immediately shoots her down. She is crushed when Jason tells her he can never love a vampire. Jason is a changed man. The pain vampires have caused him seems to have hardened his heart. 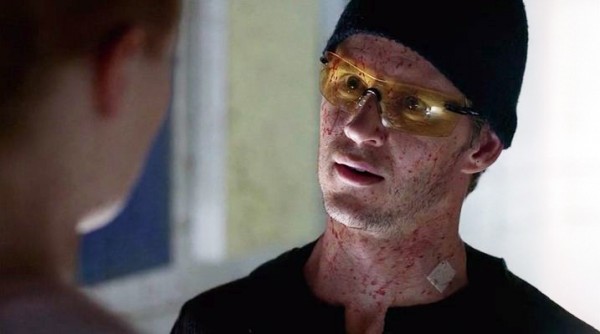 Andy’s a single dad
Faerie child birth is a lot different than ours. While at Merlotte’s Maurella goes into labor. Holly’s got a good heart. She just learned that Andy cheated on her twice and got Maurella pregnant. Now she’s delivering the babies. After effortlessly giving birth to four babies Maurella wishes Andy good luck and leaves him to raise four newborns on his own. WTF? Who does that? Poor Andy, how is he supposed to raise four babies by himself and keep the residents of Bon Temps safe? Maybe Holly will have pity on Andy and help him. 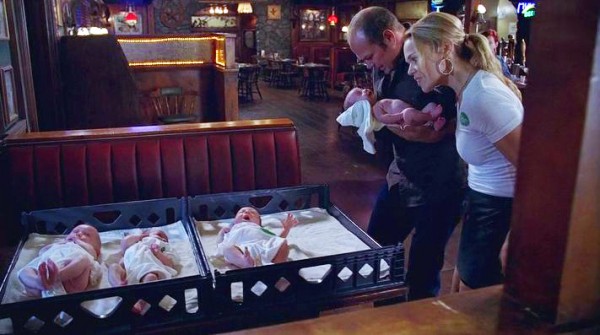 Bill’s the new Lilith
Despite Sookie and Eric’s best efforts they couldn’t convince Bill that he was making the wrong choice. His mind was made up. Bill believed he was chosen to be the new leader and nothing was going to stop him. After drinking the entire vial of Lilith’s blood Bill exploded leaving nothing but a puddle on the floor. Sookie and Eric watch the liquefied puddle of what was Bill begin to move. A regenerated blood soaked Bill forms before their eyes. WTF? Will Stephen have to spend the entire next season walking around naked? I wouldn’t think so. Lilith was naked for the same reason Adam and Eve were in the beginning. Before Eve sinned man didn’t realize they were unclothed and had no need to be covered. According to the vampire bible Lilith came before Eve so she lived in Eden before there was sin. 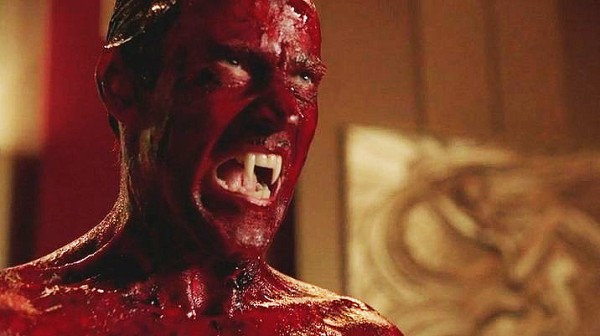