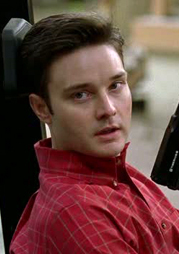 True Blood’s Michael McMillian (Rev. Steve Newlin) attended Comic-Con 2009 in San Diego last week, but he was not present at the True Blood panel. Michael had another reason to be there. Saturday afternoon he attended the Archaia Studios Panel where Zachary Quinto (Heroes and Star Trek) announced that his company, Before the Door Productions, is partnering with comic book publisher Archaia Studios to launch a series of new comic book projects.

The first two books to arise from this deal are M. Murder is Dead, written by Victor Quinaz, and Lucid, written by Michael McMillian. Quinto and his partners, Neal Dodson and Corey Moosa, helped develop the two stories and remained heavily involved in all aspects of production.

Michael tells The Vault about “Lucid”: “The story is set in an alternate universe where major world powers have secret agents working for them, trained in the ancient art of sorcery and magic. It’s a blend of James Bondian action/adventure with hints of modern day fantasy. Cool stuff. I’m really excited about it. I hope faithful “True Blood” fans will check it out. “Lucid” should debut in the winter of 2010. Since the book is still far off, I am still in the scripting process. A yet-to-be-determined artist will do the artwork.” 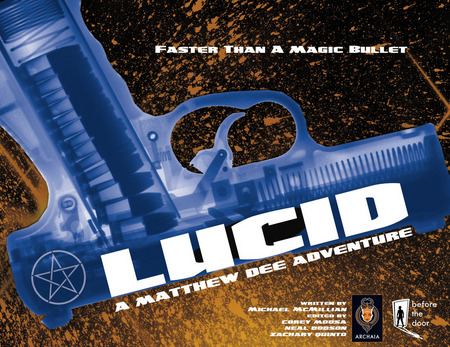 Neal Dodson comments in an interview with IGN: “These are stories that Michael and Victor originated and brought to us. We helped them shape the stories and put them together, and once we entered into the partnership with Archaia, Stephen Christy and the guys over there were helpful in getting them to the point where they’re now ready to make them into these books we’re so excited about.”

Corey Moosa ads: “We talk to Victor and Michael almost every day. We’ve known them at least as long as we’ve known each other – at least 13 years. Talking to them is a pleasure, and we work further to develop the stories and make them as fun and interesting as possible. Where Lucid and M. Murder first started are very different from where they are right now, and we’re very pleased with the direction they’ve gone into.”

Video of Michael McMillian at the Archaia panel at Comic-Con where he tells the story behind “Lucid”.

© Copyright The Vault – TrueBlood-Online.com
Reproduction is not allowed without a source link back to www.trueblood-online.com