True Blood helped to set the popularity of gory shows 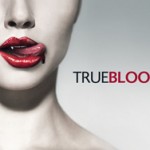 Television has gotten into the blood business in a big way since True Blood began in 2008 and it has alot to do with the popularity of the genre.

Time was, the horror genre on the small screen was handled with comedy — like “The Munsters” and “The Addams Family” — or in a campy way like the vampire-based soap opera, “Dark Shadows.” Nary a drop of the red stuff to be seen.

Ever since True Blood vampire and zombie shows have been cram-packing television schedules, blood will — and does — flow.

Entertainment Weekly editor at large Dalton Ross said he thinks the increase in blood in blood and gore on TV is a natural progression.

“Cable is responsible,” he said. “You know, once cable TV comes to the forefront there are so many more options with less restrictions. So you’re gonna see more violent fare.”

He said gruesome blood and gore is big business in Hollywood right now.

“Television is a copycat industry,” Ross said. “As soon as you have one or two shows that are a little extreme, that show a little blood, that are doing– start to do very well, well guess what? Everyone wants in on it now.”

But one special effects master said he hasn’t seen this much blood and gore on TV in his lifetime.

“Now that we are able to create effects faster, and better for television, we’re really allowing the producers and the writers to do whatever they want,” “True Blood” special effects artist Todd Masters said. “Whereas, before, they were limited either to the — you know, the big-budget feature films, or just to kind of, you know, keep it limited to a cutaway, or a shadow on the wall, or something.”

Watch the video below and see Todd Masters in the video about 3 minutes in.

So as far as we’re concerned, True Blood had a lot to do with bringing the genre to the forefront of TV viewing. We miss True Blood!