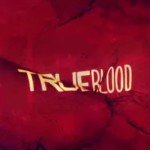 Sheri Anderson, a specialist professor at New Jeresy’s, Monmouth University, has published a book on “True Blood” and has now incorporated the popular HBO series, as well as other edgy works by writer/director Alan Ball, into a freshman seminar course she teaches.

“I have been a fan of Alan Ball for many years, but ‘True Blood’ is really what made me a huge fan,” Anderson said. “And it was when I was doing research for my book (“The Ultimate True Blood Trivia Guide”) that I realized it would be a great course for a freshman seminar.”

The goal of the freshman seminar course, called “American Beauty to True Blood: Drama of Alan Ball,” is to aid the students in the transition from “their high school selves” to being students of Monmouth University and all that that entails, Anderson explained.

Anderson compares this transition to what the characters in “True Blood” are presented with when the creation of a synthetic blood eliminates the vampires’ need to feed on human blood and enables them to step out into the world.

“The reasons I thought this was appropriate for college students is that right now they are at a major turning point in their lives, where they are the new people and they are the ones trying to fit it,” she said. “So seeing vampires trying to fit into society is funny, it’s dark and it’s interesting, but’s it’s also very human.”

While “True Blood” came along at a time when vampires were very much in vogue in pop culture, along with other productions like the “Twilight” and “Vampire Diaries,” Anderson claims the subject matter was different.

“It’s vampires and it’s campy, but unlike ‘Twilight’ and ‘Vampire Diaries,’ which were very much about teenage romanticism, ‘True Blood’ was able to tackle the very grown up issues dealing with fitting in to the main stream and stepping ‘out of the coffin,'” she said. “Depending through which lens you are viewing it, that could be a civil rights metaphor, it could be a gay rights metaphor or it could just be someone who is on the outside just trying to fit in.”

During this section of the seminar – which also covers other works by Ball such as “American Beauty” and “Five Women Wearing the Same Dress” – the class is shown three “True Blood” episodes, starting with the pilot, that demonstrate the themes Anderson is tackling.

“We do just enough where they can gain a familiarity with the characters, the scenarios and the basic course material. Then they’ll go out and find journal articles and secondary source materials to help guide our discussions about what they’ve seen,” Anderson said. “And if they end up liking (the show), all of that material is readily available on Netflix.”

Read the rest of this article at nj.com Purchase Sheri Anderson’s book at Amazon below:
Tagged