TRIBUTE: True Blood has lost it’s heart with the passing of Nelsan Ellis

THE VAULT website went to “ground” back in August 2015 and hasn’t posted anything since that time. However, upon hearing the news today of the passing of one of our favorites, Nelsan Ellis, we had to reopen the doors just for a bit to remember him. Below is our tribute to this wonderful man who lost his life too soon. 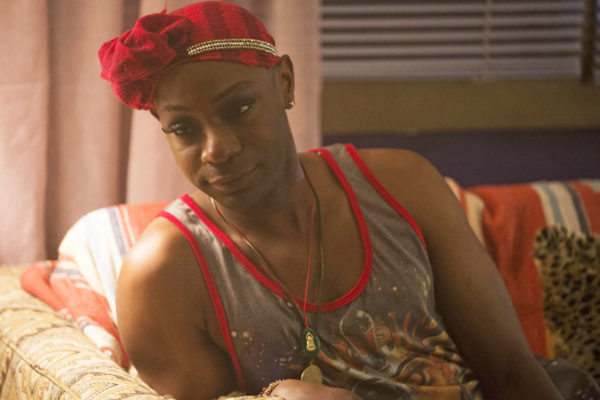 Every single person who ever watched True Blood loved Nelsan Ellis’ his portrayal of the forever amazing character, Lafayette! Lafayette was not only a charismatic character, but the life given to him by Nelsan Ellis cannot be matched! Today it was announced that Nelsan Ellis, the actor who played and embodied, Lafayette Reynolds on True Blood, has died. He was 39. ~ THE HOLLYWOOD REPORTER

We at the Vault want to recognize just how much we appreciated Nelsan Ellis’ portrayal of Lafayette AND how much we will miss him on this planet. His acting talent was beyond measure which makes it so tragic to see his light go out at such a young age.  I remember seeing him in other productions such as “The Help” and “Get On Up” and lately in the TV series “Elementary” and he was always wonderful in all he did.

Nelsan, we will miss you more than you could ever know!

Below is information about Nelsan’s untimely death, reactions by the True Blood Cast, the fan sites and how you can donate to two charities in lieu of sending flowers to remember him. 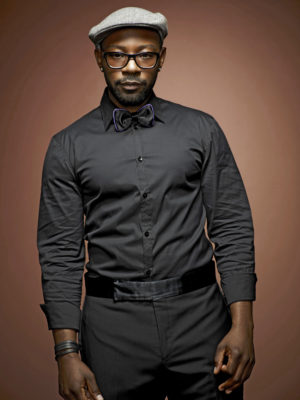 The information about Nelsan’s death came from, his manager Emily Gerson Saines.

“Nelsan has passed away after complications with heart failure,” Saines said. “He was a great talent, and his words and presence will be forever missed.”

On True Blood, Lafayette was a short order cook at Merlotte’s. In the books, he was killed off, but because Ellis made him such an enjoyable character, he survived in the series.

“We were extremely saddened to hear of the passing of Nelsan Ellis,” HBO said in a statement. “Nelsan was a long-time member of the HBO family whose groundbreaking portrayal of Lafayette will be remembered fondly within the overall legacy of True Blood. Nelsan will be dearly missed by his fans and all of us at HBO.”

True Blood creator, Alan Ball said: “Nelsan was a singular talent whose creativity never ceased to amaze me. Working with him was a privilege.”

Some background about Nelsan:

Ellis appeared in numerous film and TV shows, including The Soloist, The Butler, Get On Up and Elementary.

Ellis was born in Harvey, Ill. He attended Thorn Ridge High School in Dolton, Illinois. He later attended Oxford University and Columbia College in Chicago, before graduating from the famed Juilliard School.

His mother, Jackie Ellis, predeceased him in death.

Recently, he was part of the cast of CBS’s Elementary, as Shinwell Johnson. (GET MORE INFO HERE). He was also recently in some great films such as, The Help, Get on Up where he played the part of Bobby Byrd and in Lee Daniels, “The Butler” he played Martin Luther King, Jr. He was also in two new films that are yet to be released, True To the Game and Nausea…for Millenials (short).

But, for True Blood fans, he will always be remembered as Lafayette.

Below are some scenes with Lafayette that we want everyone to remember; how could you forget.

The very best of Lafayette

Many of the True Blood cast members tweeted their sadness of the passing of their friend and fellow actor as follows:

CLICK ON THE IMAGE TO SEE A LARGER VIEW 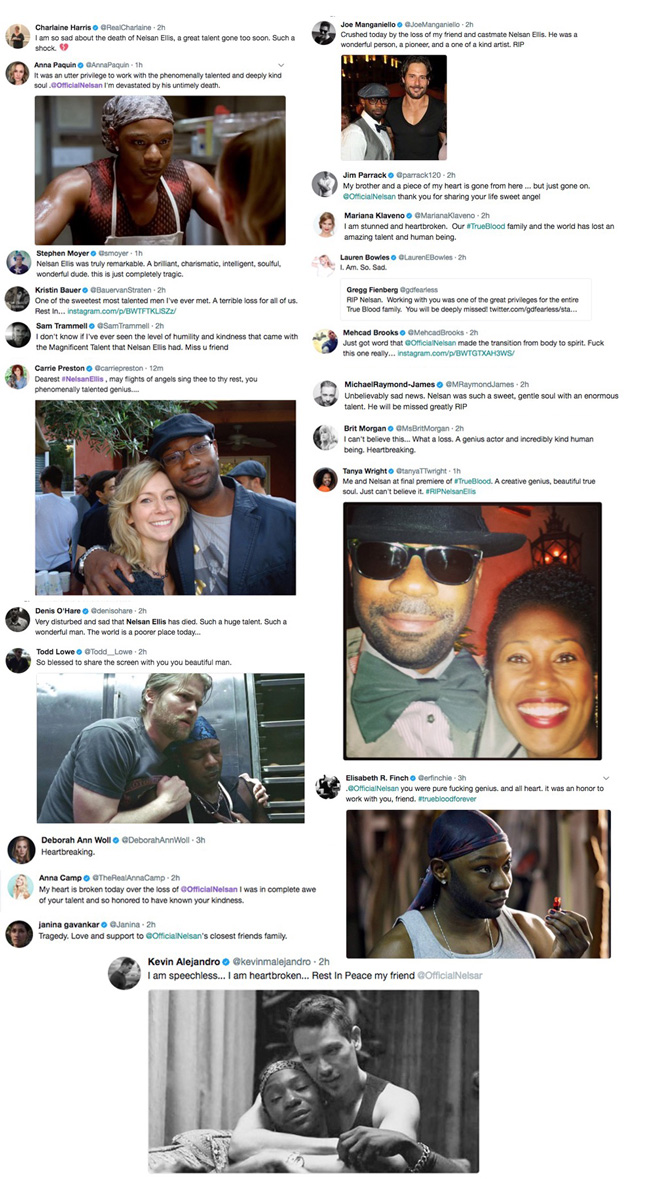 UPDATE: Stephen Moyer and Anna Paquin have both written a tributes to Nelsan on their Facebook page.

See a screenshot below or visit Anna’s facebook page.

See a screenshot of it below or visit Steve’s facebook page:

To all the True Blood fans, Nelsan was not just great at portraying Lafayette, but he was also a truly great actor. It’s interesting to note that he was really nothing like Lafayette in real life making his portrayal that much more spectacular. He was great in every role he had. 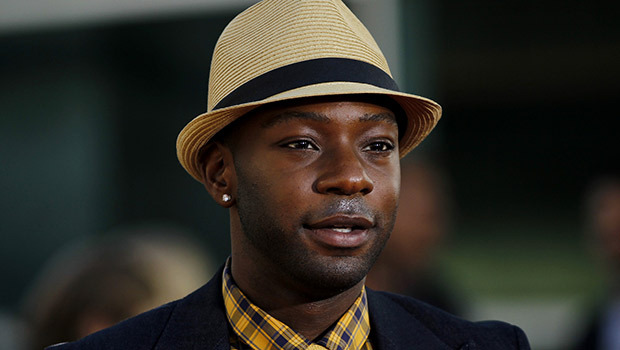 If you want to remember Nelsan, please donate to the charities listed below.  The family has asked that in lieu of flowers, they would prefer that donations be made to either charity below: