True Blood started filming the first episode 1 of season 6 yesterday, but the casting call for episode 2 has revealed the identity of new cast member Rutger Hauer. 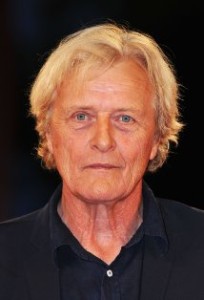 Previously the Dutch actor was listed for the role of Macklyn, a mysterious and sinister figure with deep ties to Sookie and Jason, but it has now become clear that Hauer will play the part of Niall.

The casting call for Niall’s mother is for a flashback to 3500 B.C., when Niall was a youngster, so that would make him ancient in the present day.

The book readers are well familiar with Niall Brigant and we will have to see how much of the book will find its way onto the screen. According to Wikipedia Niall Brigant  is Sookie and Jason’s great-grandfather and Claude and Claudine’s grandfather. He is tall and slim, extremely handsome with long pale gold hair. Sookie describes Niall as being a lovely creature and having some age to him.

He tells Sookie that his son, Fintan, and Sookie’s grandmother, Adele, had two children: Corbett (her father) and Linda (her aunt and Hadley’s mother). Niall is a fairy prince who has powerful enemies and wants to keep his new relationship with his great-granddaughter secret in order to protect her.