Original airdate: June 20, 2010
Written by: Raelle Tucker
Directed by: Scott Winant
Synopsis: Russell Edgington, the Vampire King of Mississippi, concocts a plan to consolidate his power. Eric remembers his past; Sam tests the strength of his family bonds; Tara finds an ally in a shady vampire named Franklin Mott.

TALBOT played by Theo Alexander
Male, 20s – 30s. This “intensely beautiful” male vampire has the buff good looks of an underwear model and an acerbic and sarcastic manner. Full of dishy sarcasm and cheerful prattle, he shows Bill around a magnificent mansion where Bill has been “invited” to stay for a spell…STRONG RECURRING (11) THIS ROLE FIRST APPEARS IN EPISODE 3.02 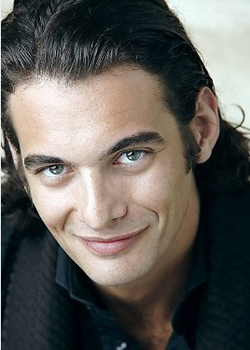 JESUS VELASQUEZ played by Kevin Alejandro
An attractive Latino orderly in his 20s to 30s. We come to learn he is a gay, Latino, attractive orderly! He’s feeding Ruby Jean at her care facility. As good-natured as he is handsome, he takes his demented patient’s racist gibes in stride…VERY STRONG RECURRING POSSIBLE OPTION FOR SERIES REGULAR NEXT SEASON THIS ROLE FIRST APPEARS IN EPISODE 3.02 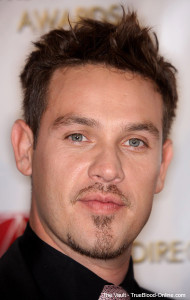 FRANKLIN MOTT played by James Frain
Male, 25-mid 40’s and sexy, sexy, sexy, sexy. This tall, dark and handsome vampire seems to have an immediate and torrid connection to Tara, whom he meets in the local bar. He later rushes to Tara’s aid when she faces down a couple of racist rednecks…VERY STRONG RECURRING THIS ROLE FIRST APPEARS IN EPISODE 3.02 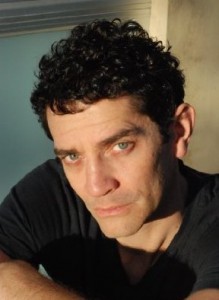 CRYSTAL NORRIS played by Lindsay Pulsipher
20s.. Barefoot in a sundress, this mysterious and hauntingly beautiful young woman shares an electric connection with Jason before disappearing into the trees…no lines in this episode, 1 scene VERY STRONG RECURRING 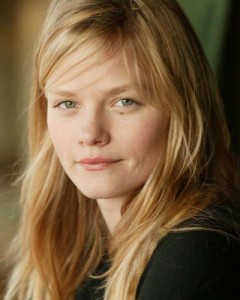 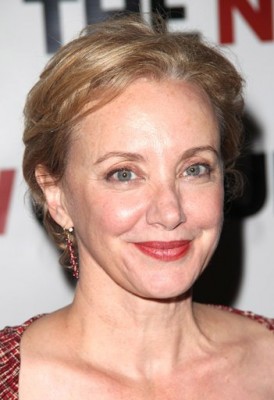 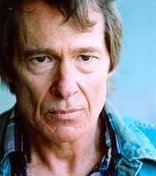 RUBY JEAN REYNOLDS
This African-American woman in her late 40s to early 50s is clearly deranged. Intensely religious and viciously homophobic, she’s being cared for in an elite private facility..6 lines, 1 scene 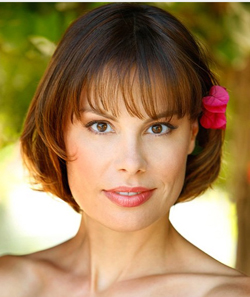 CALVIN NORRIS played by Gregory Sporleder
This big, rugged, bare-chested man in his 40s is upset when the police arrive with a warrant to search his rundown trailer…2 lines, 1 scene in this episode; STRONG RECURRING

SHANE AND KRIS
These two drunk, lowlife hillbillies incite Tara’s fury with their disrespect for one recently dead. When Shane refuses to apologize, Tara proceeds to beat him up…4 lines, 1 scene; 1 line, 1 scene respectively

SGT. KINNEY
Seen in flashback to World War II (Germany 1945), this baby-faced American G.I. in his 20s stops to assist a distressed German woman — and gets a terrifying surprise…2 lines, 2 scenes

CREEPY BIKER played by Andy MacKenzie
This biker/werewolf menaces Sookie, but just might find she’s not the easy victim he anticipated…1 line, 1 scene MAY RECUR. 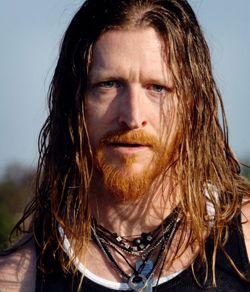 BRAD CARTER (pictured below with Rutina Wesley who plays Tara) has been added to the cast in episode 3.02 – ‘Beautifully Broken‘ as KRIS . 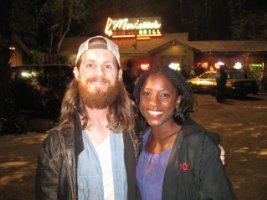 [SHANE AND KRIS]
These two drunk, lowlife hillbillies incite Tara’s fury with their disrespect for one recently dead. When Shane refuses to apologize, Tara proceeds to beat him up…4 lines, 1 scene; 1 line, 1 scene respectively (51)