This page contains all the casting information for Season 4, from casting calls to new cast members.

Back to the Season 4 Episode Guide.

EARL A middle-aged man. He heroically sacrifices himself to help a loved one…FANTASTIC ONE EPISODE GUEST STAR

DAISY In her 20s, bookish in 4.01, but lets her hair down and is suddenly hot in 4.02. You know, that naughty librarian thing. She is part of Marnie’s wiccan group…POSSIBLE RECURRING

ERNESTO In his 40s, brusque and irritable, he’s a contractor installing a new deck in someone’s house, and he doesn’t want to get in any trouble with his foreman…4 lines, 2 scenes

DRUNK MAN In his 40s, drunk, lascivious and obnoxious, he harasses Naomi and her companion…4 lines, 1 scene

SERVANT FAERIE He or she provides bowls of delicious-looking fruit to partygoers…1 line, 1 scene

NEWS CORRESPONDENT A television reporter, he is frustrated by the lack of usable responses from an interviewee…2 lines, 1 scene (33)

GROUP During an incantation, these wiccan group members repeat after Marnie…2 lines, 1 scene

ROY Male, 25 to 45, normal looking but a bit hippie-ish…RECURRING ROLE

CUSTOMERS (VOICE OVER) These customers at Merlotte’s gossip about Sam’s recent ordeals…1 speech, 1 scene VOICE OVER

Marnie: played by Fiona Shaw Late 20’s to early 30’s. A storefront medium and palm reader. Mousy, timid and secretly self loathing until she is taken over by the spirit of a powerful witch. This is a great part…SERIES REGULAR. A Z-list palm reader who’s painfully aware of what a joke she is — that is, until, she comes to be possessed by the spirit of a real witch.

PORTIA BELLEFLEUR played by Courtney Ford In her 30s, Caucasian, a classic southern beauty and career woman with her own law practice, she advises a client on her prospects of getting back her property…STRONG RECURRING/POSSIBLE SERIES REGULAR POSSIBLE NUDITY: , is as easy on the eyes as she is sharp in the courtroom. 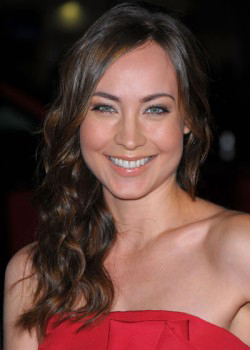 NAOMI played by Vedette Lim, In her 20s, Asian-American, she’s a fierce fighter who participates in underground cage matches for money. Outside the arena, however, she has a loving relationship with one of her female opponents…RECURRING Actress must have martial arts or fighting experience. 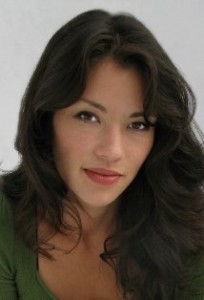 QUEEN MAB played by Rebecca Wisocky Late 30s – 40s, a powerful, regal, magnificent woman who commands a mysterious realm, and she’s filled with rage when her plans are thwarted… (6)  an elegant beauty who presides over a fantasy land that sounds a lot like the fairy domain into which Sookie (Anna Paquin) keeps being pulled. But, ethereal as her highness may be, she’s also got a temper… 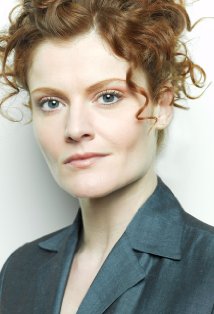 Callum played by Darren Darnborough is a  British bartender seen in flashback to London in 1982. He bartends in a punk underground nightclub…

Darren’s professional career began on the stage where he took leading roles in various new musicals, at prestigious London venues, including Riverside Studios and the Westminster Theatre.

Since then he has made the move into TV and film, having guest-starred in the UK’s high-rating shows including EastEnders, Holby City and The Bill. 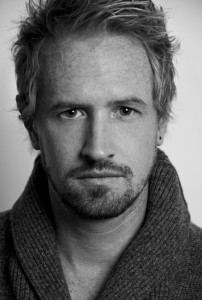 Male Protestor #1: This male protestor, 5’8″ tall at most, pickets Fangtasia and starts a physical fight with a “fangbanger”…

Male Protestor #2: Another male protestor picketing Fangtasia, he captures a confrontation on his smart phone…

Luther: An older, backwoods, inbred man at the compound, he is Timbo’s uncle… 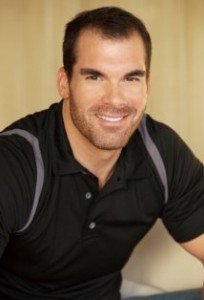 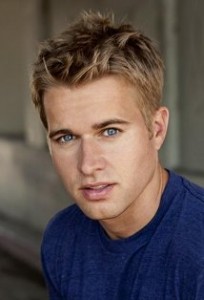 SUZANNE MCKITTRICK played by Christina Moore: In her late 30s – 40s, blonde, WASPy and wealthy. She feels like a Texas housewife who’s trying to hold on to her 20s. She holds an informal party at her ranch house for people who share her ability… (49):  a WASPy Texas housewife who possesses certain special abilities and is a Real Housewives type who throws a hootenanny to bond with “her kind.” 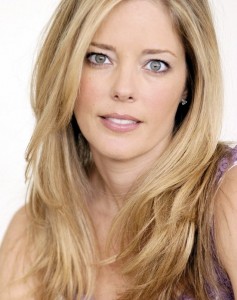 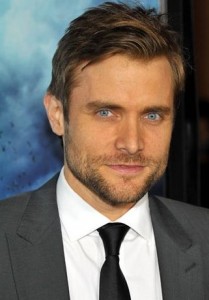 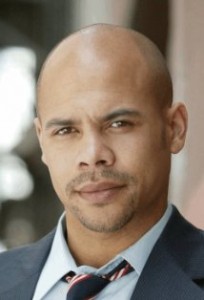 LUNA GARZA played by Janina Gavankar In her 20s – 30s, Latina, super sexy as well as intellectual, she’s a public school teacher and shapeshifter who attends an informal gathering with others like her and finds solace in their company…SERIES REGULAR 7/13 (49) NUDITY REQUIRED: a sexy shapeshifter 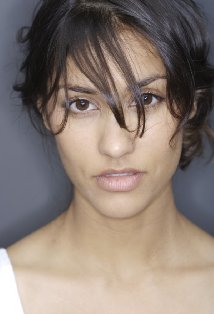 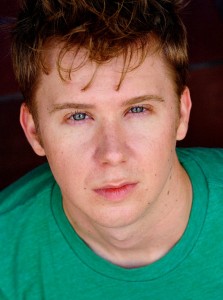 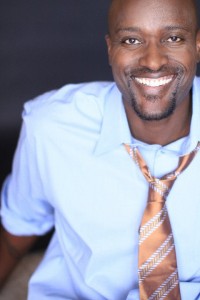 Antonia: played by Paola Turbay – 20s to 40s. FIERCE. Must speak fluent Spanish. First appears in episode 2 and then again in episodes 3,4,5 and 6. 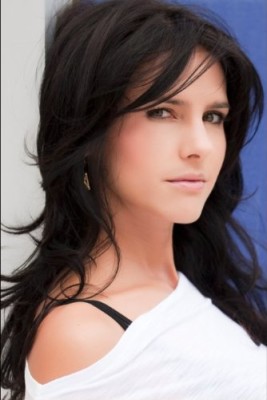 VAMPIRE:  played by Aubrey Deeker is a leering vampire is caught on tape feeding on a woman. He’s desperate to escape the dire consequences…8 lines, 2 scenes 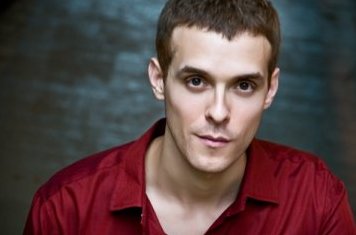 CAMERA OPERATOR: played by Brian Trietler is  in his 20s, righteous and bearded, a somewhat dimwitted yokel, he’s seen on a grainy YouTube video, making underground films of vampires feeding, thus entrapping them. The camera operator loves being on camera to promote his cause of warning America about vampires…1 speech & 1 line, 1 scene. 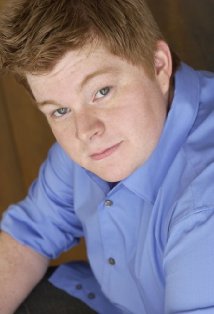 FANGBANGER: played by Sam Horrigan who is a hot, stupid man who enjoys being bitten by Pam and shouts out commands to her. He’s disappointed when she takes off…3 lines, 1 scene 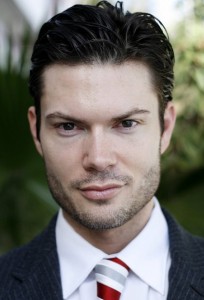 Paul McClatchy: This slick, professional-looking prospector in a suit works for an energy company and makes Tommy an intriguing offer…2 speeches & 4 lines, 1 scene (37)

Conservative F*ck: A smug conservative in a bow tie, he passionately debates Nan Flanagan on the air…1 speech & 1 line, 1 scene (20)

Young Woman: This pudgy young woman is seen on a grainy YouTube video, being attacked by a vampire…2 lines, 1 scene (10)

Caroline Bellefleur: In her 70s, Caucasian, formidable, refined, and beautifully dressed, she is Portia’s (Courtney Ford) grandmother who dislikes vampires but warms to Bill’s charm. Guest Star.
Emma: Native American / Hispanic, 6 years old to play 5 years old, happy, playful and talkative, she is the daughter of a shifter and a werewolf. Strong Recurring.

Head Priest: Male, Hispanic, 40s to 70s, seen in a flashback to 1610, he instigates the burning of a witch at a medieval church, and he clearly takes pleasure in describing the procedure. 3 lines, 1 scene. Actor must speak Spanish. 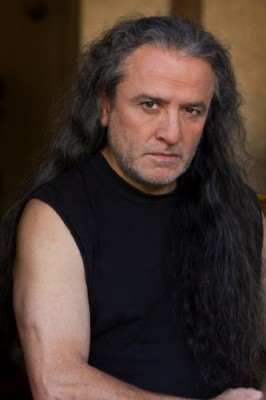 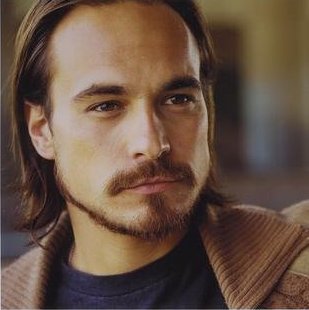 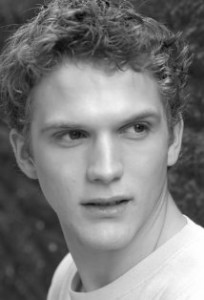 Young Jesus: 9 male, Hispanic, seen in flashback to 1985, he is Jesus (Kevin Alejandro) as a young boy, living in the Chihuahuan desert with his mother and his terrifying shaman grandfather, Don…2 lines, 1 scene (35) ACTOR MUST SPEAK SPANISH.

Jesus’ Mother: In her 30s, Mexican, she is Young Jesus’ mother, seen in flashback to 1985. She is desperate to protect her son from her father’s brujo influence…2 lines, 1 scene (37) ACTRESS MUST SPEAK SPANISH.

Sheriff 1 and Sheriff 2: 30s – 40s, male, these snickering vampire sheriffs, under Bill’s purview, disagree with his decision regarding a witch’s fate…1 line, 1 scene (56)

Mavis: Female, African American, 20-30 years old. She is a sad-eyed girl dressed in a modest 1930s dress. RECURRING GUEST STAR. Must speak with a Cajun accent. 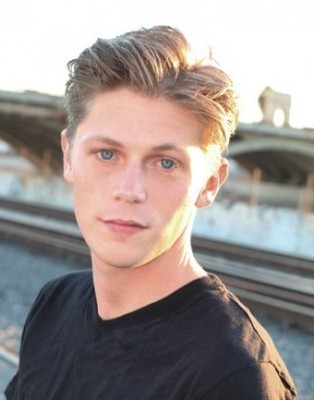 Trevor: played by Chad Todhunter – Caucasian, Male, late 20s. He is a stoner with a lot of spiritual energy. His girlfriend is a part of a Wiccan group and brings him along for support. Recurring Co-Star 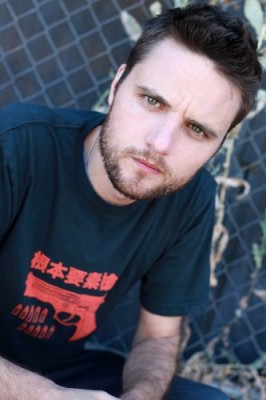 Luellen: Caucasian, Female, 40s. Her Ex-Sister-In-Law brings her to her Wiccan group for support. Recurring Co-Star

Nate: played by Brendan McCarthy – Caucasian, Male, Late 20s to 30s. He is an imposing wolf, at least 6 feet tall. Recurring Co-star. Sometimes he will have no lines; could possibly recur into season five. 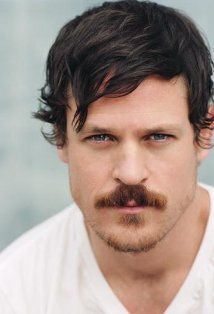 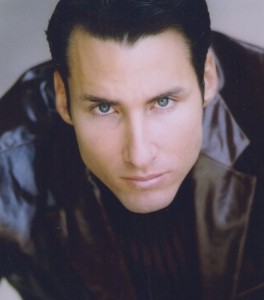 Virgil: 35 years old, a harshly handsome blue collar Caucasian man with a cold and ruthless streak, Virgil is seen in a flashback to the 1930s. Guest star.

Reporter: Female, a local TV news reporter, she is delighted when Bill shows up to interrupt her conversation with Maxine. Charmed by Bill, she’s more than willing to give Bill a public forum. 1 speech & 5 lines, 3 scenes.

Southern Types/ Male or Female / AfricanAm, Caucasian, Hispanic / 25 – 65 / Some interesting Southern Character types as well as some attractive people for a featured bit. (must be ok with All-Night calls in Calabasas).

Joyce Watney: 20, this self-satisfied young woman “who Loves the sound of her own, bleeding-heart voice” hosts the “Just Say No to Hate” festival of tolerance and media event, to join together vampires and humans in common cause. She’s proud of founding the “Living Dead Student Alliance” at her school. 3 speeches & 1 line, 1 scene

Dealer: A male V dealer in his mid 20s, he meets a customer in a seedy alley and warns her against taking too much V. He’s disturbed by the customer’s appetites. 3 lines, 1 scene.

Little Girl: 6 to 8 years old to play younger. This terrified and lost little girl who is covered with blood cries out for her mother…1 line, 2 scenes (5)

Maurella  played by Kristina Anapau – 25 to 35. A luminous, lithe, sinewy, otherworldly woman, she moves with a ballerina’s grace and possesses mysterious powers. A seductress…POSSIBLE RECURRING (17) 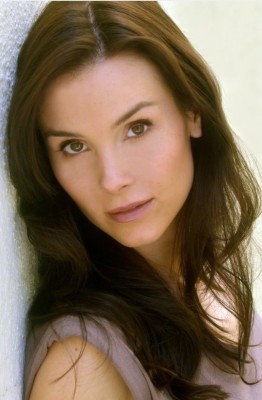 Katerina: played by Alexandra Breckenridge, one of Marnie’s followers; 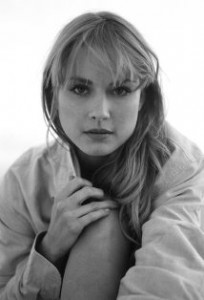 Earl Stackhouse played by Gary Cole who has had a long career including a recent stint on HBO’s Entourage, will play 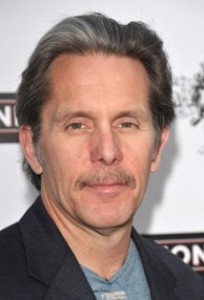 
Patrick Devins 35 to 45, tough, and ruggedly attractive, he served in the military with Terry, and they share a serious history: Terry saved Patrick’s life twice. 7 out of 13 episodes next season.

People with Halloween Costumes
TRUE BLOOD 6/17/2011
Background / Male or Female / AfricanAm, Caucasian / 18 – 70 /
Looking for some non-union folks with Amazing Halloween costumes, that would be available to go to a wardrobe fitting in costume next Monday June 13th or Tuesday June 14th. This would work Friday June 17th in Hollywood. Must provide Halloween Costume.

Louisiana Types to work night shoots in Calabasas
TRUE BLOOD 6/28/2011 THRU 7/8/2011
Background / Male or Female / Caucasian / 18 – 50 /
Looking for Sag and non-union people who have NOT worked True Blood this season, that would be willing and available to do Night Shoots in Calabasas towards the end of June, and the first week of July.