On a social media level the premiere broke all records by generating nearly 242,000 comments on Facebook and Twitter on Sunday night, making it the most talked about premium cable season premiere ever. 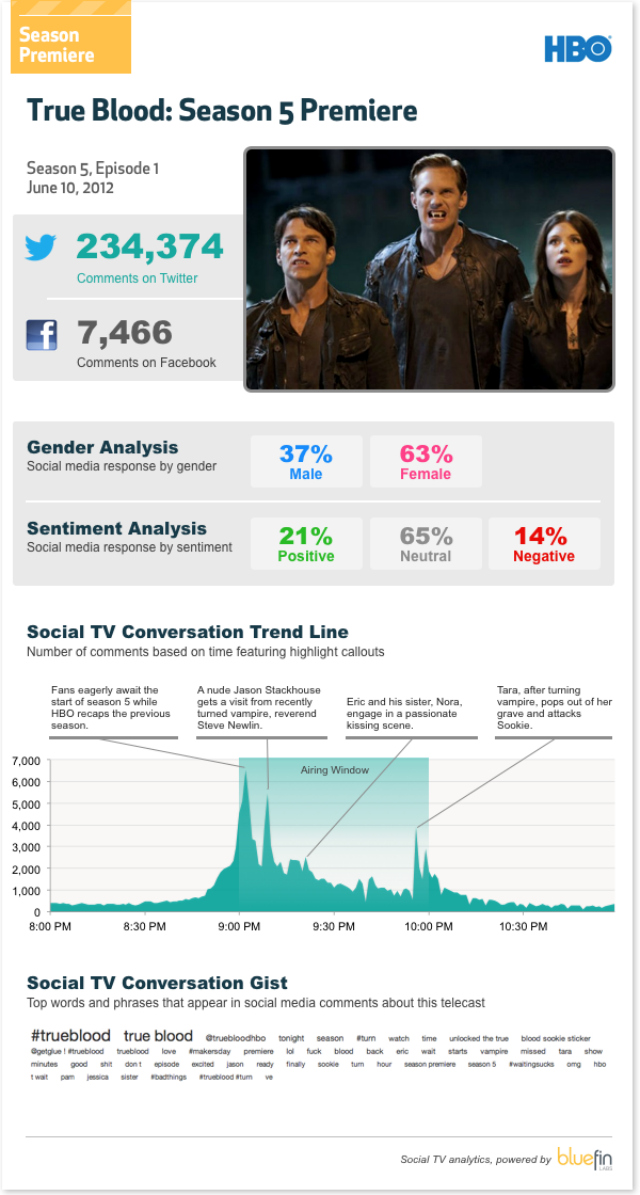