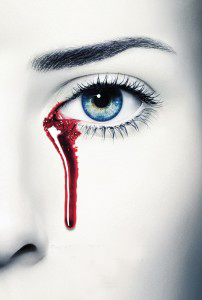 We are estimating that True Blood Season 7 will begin airing in mid June, probably June 15, according to our calculations.  For the official date, we will have to wait though until it is confirmed by HBO.

Here’s what we know so far about the season:

Two True Blood stars, Carrie Preston and Amelia Rose Blaire have given a few further hints about the show, even if they are small ones:

Carrie Preston was interviewed by Zap2it and she was asked if she trusted the writers, she said:

“I always trust the writers,” Preston tells us. “Obviously the show has done really well because they’ve created this universe and these characters and they’ve married them with the actors, and so it’s been such a great experience and I would never second guess them at this point. I’m like, ‘Alright, bring us on home.'”

And, finally, listen to Amelia Rose Blaire as she is interviewed by The Global Dispatch. Amelia recaps Season 6 and give some clues about Season 7 during her interview: