Inside the issue, Paquin reveals that so much care went into casting the most compatible actors as Sookie and Bill, HBO inadvertently made a real-life love match! “They did a chemistry read with the two of us before we were cast, and obviously, it went well,” she says of Moyer, who she wed in 2010. 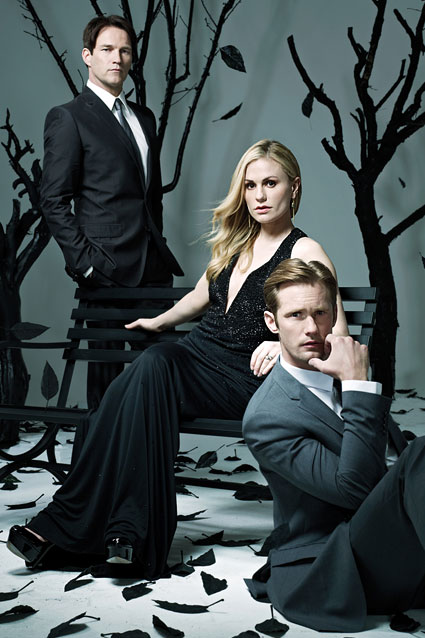 In addition to teasing new developments fans can expect from the season five premiere (“[Bill and Eric] actually team up against a mutual enemy.”), Skarsgard weighs in on the upside of errors.

“I’ve always been very stubborn, and if I’m going to make mistakes, I want them to be my own so I can learn and grow,” he tells Emmy Magazine. 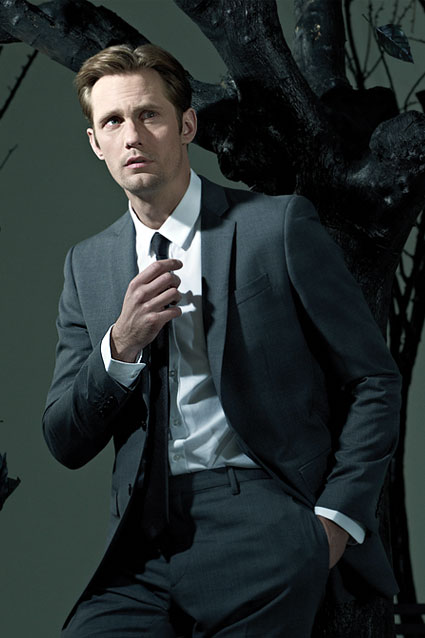 For the British actor, the True Blood pilot script stood heads and shoulders above everything he’d recently read. “I was blown away by it,” he tells Emmy Magazine. “I said to my mum, ‘This is the one.’ You can watch it as purely fun, escapist bubble gum. But it also holds a mirror up to society in a clever way, and for me personally, that’s when our show is at its best.”

Which isn’t to say that he wouldn’t mind a few tweaks to the show. “I do enjoy Bill’s brooding menace, but I wouldn’t mind if they gave me a tap dance to do every now and again.” 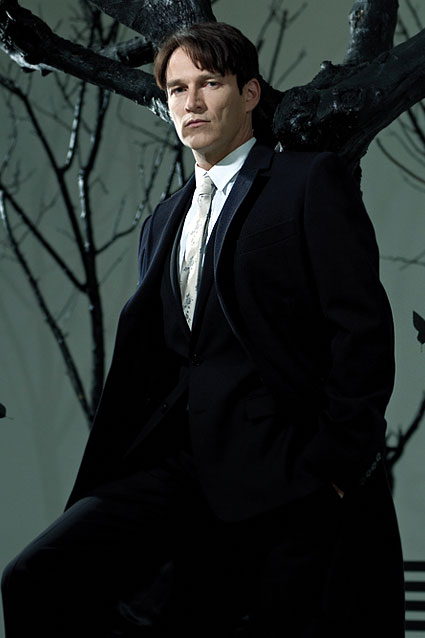 Anna Paquin, who is expecting her first child with Moyer this fall, loves that their super serious show is a drastically different world behind the scenes

“The two boys together are about as goofy as you could possibly imagine,” she tells Emmy Magazine, which is now on newsstands. 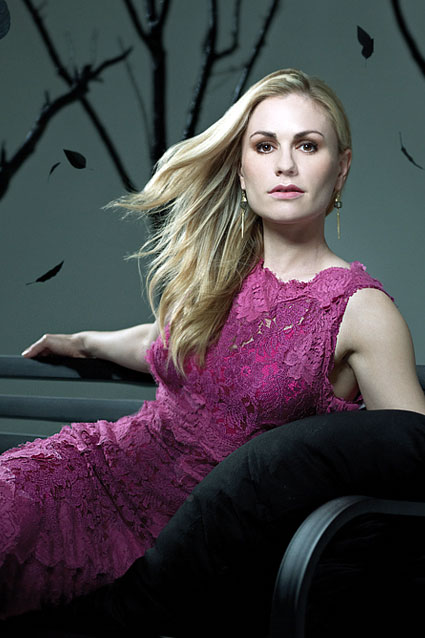