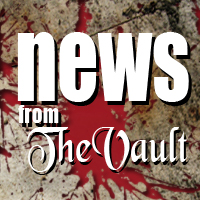 Planning a trip to Bon Temps for your future? British Airways has teamed up with HBO for long-haul flights, with programmes such as Game of Thrones, Boardwalk Empire, True Blood, Girls, True Detective, Looking and Curb Your Enthusiasm to be shown.

Richard D’Cruze, British Airways’ in-flight entertainment manager, said: “We’re excited to be the first airline in the UK to have a dedicated HBO channel, offering more entertainment options than ever before.

“We know that our customers value the opportunity to catch up on the latest TV and films during their trips. We’ve recently seen a trend for ‘binge-watching’ on flights, with customers viewing back-to-back episodes of a TV series to keep up to date or simply catch up. With so many popular programmes on HBO, we know this will be a real winner with our frequent fliers.”

A number of movies will also be shown on the channel.

Jennifer Bowen, senior vice president of international distribution, HBO, said: “British Airways is committed to offering their customers a pre-eminent entertainment experience. The HBO brand, and the high quality programming it immediately brings to mind, offers a valuable addition to their service. This deal also provides a great opportunity for those who have not yet seen the acclaimed programs, to experience a taste of what they’ve been missing.”

The news comes as British Airways celebrates its 40th anniversary under the British Airways branding, having taken the name in April 1974 following the merger of BOAC and BEA.