In the first part of our series about the True Blood season 2 sets, Production Designer Suzuki Ingerslev, revealed the story behind the Queen’s day room. In this article Suzuki tells us about other elegant True Blood set: Hotel Carmilla.

The set of the elegant vampire hotel “Hotel Carmilla” in Dallas has a very modern look, nothing like what we traditionally would expect from a vampire hotel. The rooms are decorated in light and dark colors, a lot of white and black combined with red and purple.

Suzuki explains why this look for the hotel was chosen. “It was meant to be an upscale, luxurious resort for vampires. It needed an international and sophisticated appeal. The colors reflect a dark world, a life lived in night, obviously representing the myth of the vampire, but the hotel also has human visitors who would be seduced by the brooding color scheme.” 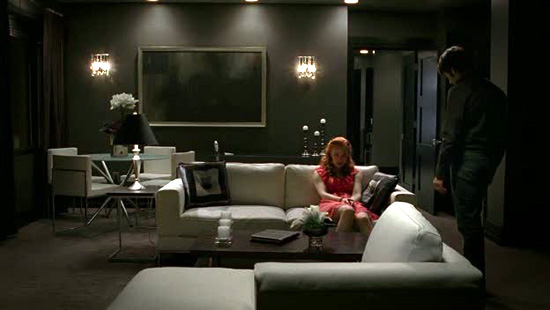 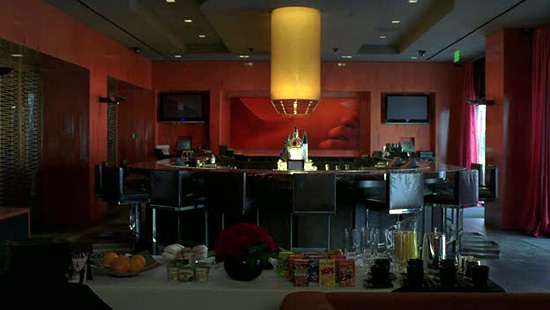 Part of the scenes for Hotel Carmilla were filmed in April of this year in the Los Angeles Sofitel Hotel. Shooting took two separate days and a total of 18 hours one day and 24 hours the following week.

“The front lobby was used, as well as the lounge”, says Suzuki.

“We mainly encountered time restrictions, having to work with the hotel to maintain their guests’ comfort. It was somewhat of a challenge masking so many mirrors and reflective surfaces for our camera crew without simply covering them all up. 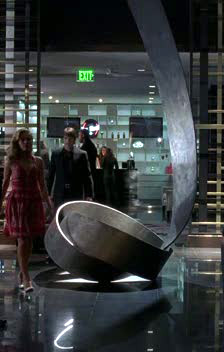 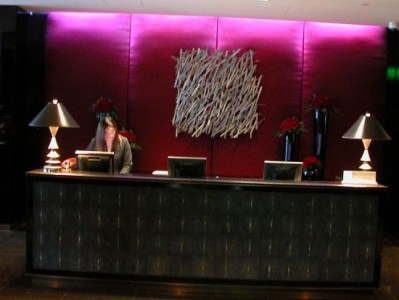 The large metal piece of art we see in the lobby scenes is not a prop. “It belongs to the hotel. Another lucky break because the cost to commission an original artwork of that caliber would’ve been very expensive. We had to ask permission from the Sofitel, however, in order to show it on camera, and if they had said no we would’ve had to build something, an obelisk for example, to go over it.” 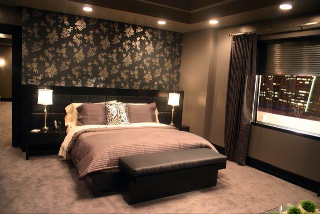 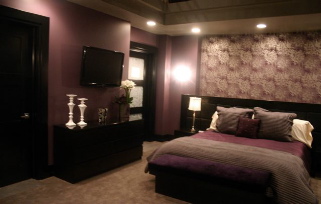 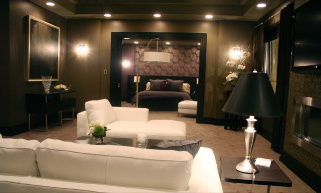 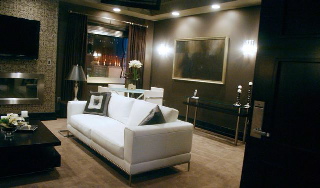 In Hotel Carmilla we see the corridor and several different rooms. The suite where Bill and Sookie stay, their bedroom, Jessica’s room and Jason’s room. The hotel rooms are very similar, but it is not the same room that was just for all the sets.

“We built the main suite for Bill and Sookie, and an attached suite for Jessica, The room Eric was a redress of Bill and Sookie’s suite. Jason stayed in Jessica’s suite. When you entered this set on stage it really felt like you were in a hotel, complete with key card locks, fully stocked True Blood mini bar, and roll down lightproof shutters. We also built the corridors outside the rooms.”