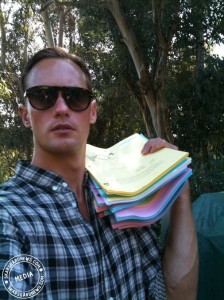 The proceeds from these auctions will partially go to Kristin Bauer’s Out for Africa project and to Alex’s own charity, Bajen Aid.

Go on over to EBay and place your bid for these one of a kind scripts at ebay.com.