Last night I attended a book signing for the book TRUE BLOOD: STEVE NEWLIN’S FIELD GUIDE TO VAMPIRES. The signing was held at a small book store called, Book Soup in West Hollywood. It’s a friendly, little bookstore right on Sunset Boulevard that is home to over 60,000 titles, specializing in art, film, photography, music, controversial non-fiction, and literary fiction, as well as international magazines at our outdoor newsstand, NewsMews. 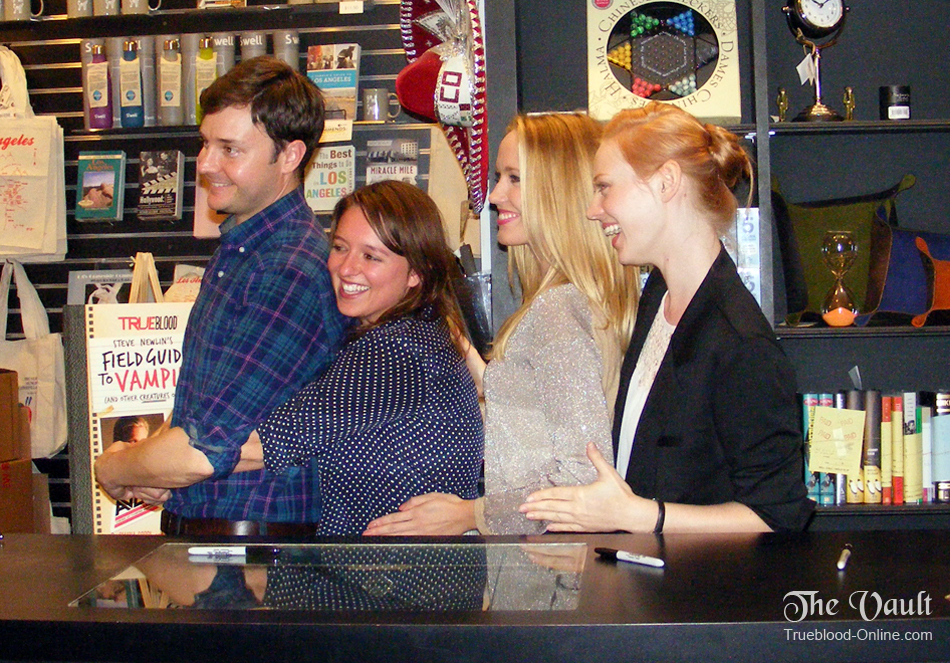 Below are samples of the over 30 photos I took at the event: 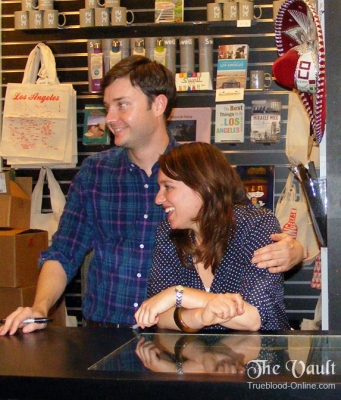 Here’s a little about the book: The vampires and otherworldly creatures that call Bon Temps, Louisiana home often clash with humans, one of which was their self-appointed nemesis: sweet-talking, bible-thumping Reverend Steve Newlin. A hater of all things supernatural, Newlin developed a demented journal, his Field Guide to Vampires, which chronicles all he knows about these “Creatures of Satan” and how to kill them. The journal fell into the hands of vampires Eric and Pam who defaced it in a most disrespectful and snarky manner. Packed with untold insight into key storylines and several compelling characters, True Blood: Steve Newlin’s Field Guide to Vampires is an endlessly entertaining read that perfectly captures the tongue-in-cheek humor that has made True Blood a hit.

And, here’s an inside look at a page in the book: 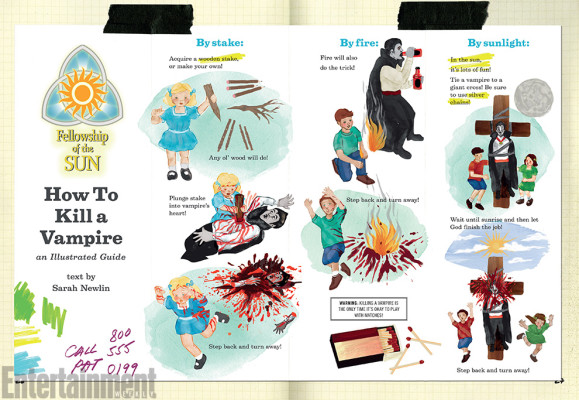 To purchase your copy of this delightful read, click below:

photo source for inside look: shelf-life.ew.com