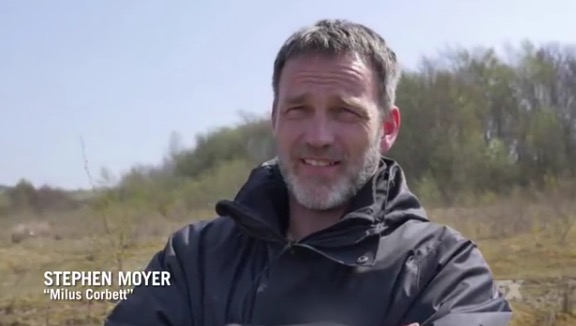 In a new video with Stephen Moyer on the set of his new series, “The Bastard Executioner, posted by FX he shares with us how he considers himself to be”a very lucky boy right now.”

We all know from his tweets last summer that Stephen loved Sons of Anarchy and hoped to work with it’s creator, Kurt Sutter on a future project. Well, in the video below he tells us what his “wish list” was when coming off of True Blood after seven years. He says he “wanted to work with Kurt Sutter, wanted to being able to use his own accent instead of Bill Compton’s “southern drawl,”, and it’s nice to be playing with swords” and more. While we’re sad not be be able to hear that beautiful Bill Compton southern drawl, we’re looking forward to his new project, The Bastard Executioner.

Watch the video to hear all of Stephen’s wish list:

News: We saw it reported on Twitter this morning that Stephen Moyer was spotted at LAX leaving Los Angeles. Could he be returning to the set of his upcoming series, The Bastard Executioner, which is to continue filming episodes 2 through 10 at any moment? Yup, that’s what we think is happening.