Videos from Denis O’Hare’s “The Pyramid” 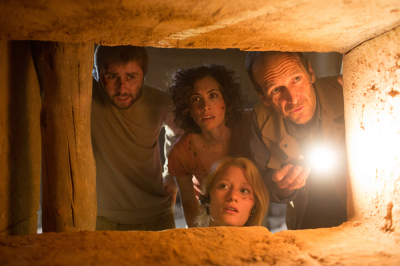 True Blood’s Denis O’Hare is in a new film, The Pyramid, which is scheduled to open in theaters on.December 5.

Synopsis: In The Pyramid, “The ancient wonders of the world have long cursed explorers who’ve dared to uncover their secrets. But a team of U.S. archaeologists gets more than they bargained for when they discover a lost pyramid unlike any other in the Egyptian desert. As they unlock the horrific secrets buried within, they realize they aren’t just trapped, they are being hunted.“

In the two clips from the film below we first see when the US Team breaks through to a new tomb.  Then, we are taken underground where Denis O’Hare records a confessional begging troops to bring guns.

Gregory Levasseur, who worked with Alexandre Aja on the screenplays, directed and the film’s other stars are Ashley Hinshaw, James Buckley and Daniel Amerman.

Below are compelling video promos for the film:

And, some photos the film below: 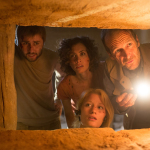 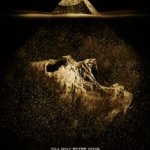 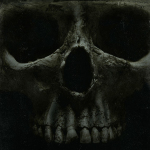 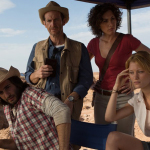 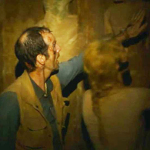 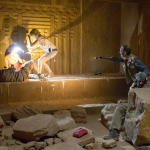 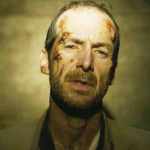