On June 17, 2014 my assistant and I had the privilege of attending the True Blood Season 7 premiere as representatives for The Vault on the red carpet. It was beyond exciting to know that we would be amongst all my favorite True Blood people.

Working on The Vault website since 2009 (Co-Owner, Shadaliza opened the site in 2008) and AllStephenMoyer.com when it opened in 2010 has certainly been a wild if not, amazing ride. While it’s been a lot of work, it’s also provided many wonderful experiences by giving me with the opportunity to meet the most interesting people. I’ve interviewed many of the cast and crew, have visited the set, attended Comic Con several times and just been all around LA learning more and more about the show and what makes is so special. It’s been a wild ride, and I don’t think I’ll soon forget my experiences. However, being given access to the red carpet this week will certainly remain a highlight of all my True Blood experiences. I’ve been on red carpets before such as the 2010 Scream Awards and 2011 Scream Awards, attended previous True Blood premieres and have attended many charity events close to the hearts of the True Blood cast, so I knew pretty much what to expect, but I have to say the True Blood event was a particularly wild red carpet. The space for the red carpet is usually a vertical line that the stars walk down, but with it’s zigzag format, this was a crush of photographers, TV and print journalists all vying for the best positions in order to get the attention of the stars. First on the zigzag carpet were the photographers, then the stars made a U-turn for the TV journalists and then turned again to finally get to the print journalists. We of course were with the print people at the end of the line, just before the theater entrance. I was proud to see that The Vault was the only True Blood fan website in attendance

The overwhelming theme of the night was that when the True Blood cast talk about being a “family,” they really mean it. I asked each cast member about what they will miss the most when True Blood ends, and almost all of them answered the question with one answer, “the sense of family and the people!”  Since the show has been on the air for 6 seasons, and the cast have been together for even longer, that’s not too surprising, but I do know that True Blood has been an amazing experience for all concerned. The cast and crew have all become extremely close and bonded as if they were in a family. Also, many of the cast were unknowns before they got recognized on True Blood it’s provided them with wonderful opportunities. So, while they will miss their fellow comrades on True Blood, I’m sure they’re all looking forward to the new experiences available to them now that they have True Blood listed on their resume.

The one drawback to our position on the red carpet was that we were last in the line. While we could see everyone easily from our vantage point and and they could see us, it was difficult, with the time constraints, for everyone to be able to stop by and chat. However, happily, most chose to recognize us by stopping by. 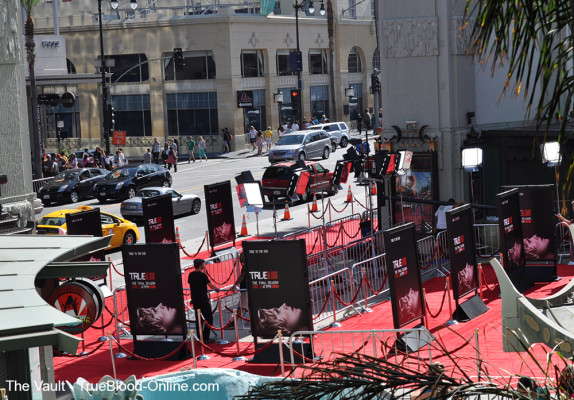 What did I learn?  Well, not many spoilers, for sure, as you would expect, but I did learn the following:

For those who didn’t make it our way, we have photos of them and all the cast who attended in the photo gallery (more than 200) to share with you. Many of these photos are more candid in nature than the ones you see on the image sites and quite honestly, I like that better. Being at the end of the press line, most of our photos were taken as the cast had finished their interviews and were gathering outside the theater preparing to go inside.

Below see just a few examples of the hundreds of photos from our Photo Gallery: 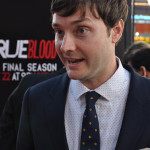 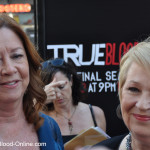 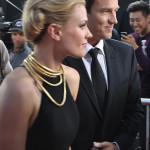 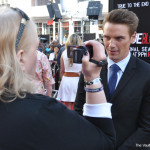 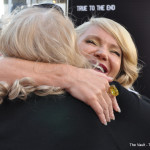 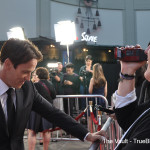 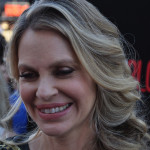 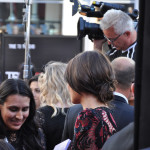 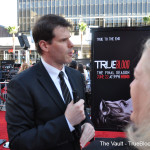 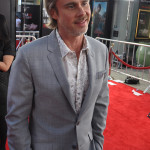 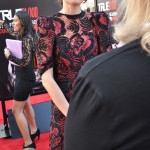 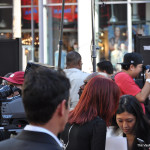 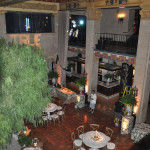 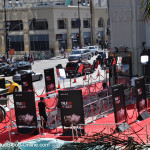 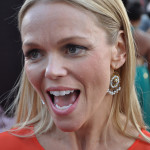 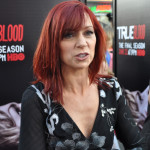 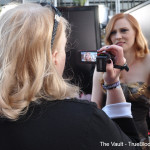 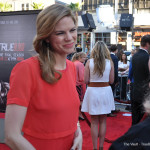 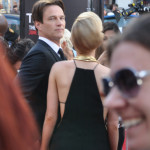 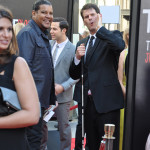 Many more photos can be seen by going to the Vault Photo Gallery.

Once everyone went into the theater, they started to tear down the red carpet and we began to pack up. Two ladies from HBO came over and were so nice to extend an invitation to us to attend the True Blood After Party being held at the Roosevelt Hotel across the streeet.  We were thrilled, of course and met up with more people at the party. The cast were very relaxed and enjoyed themselves.

I got to speak to Tanya Wright at that time and we took a photo together which she promised to send to me. We took funny photos and hung out with all the stars. Out of respect for the party atmosphere and the cast privacy I didn’t get any photos at the party other than the ones we took earlier in the afternoon.

On a closing note, I want to thank both Mara and Kelley and all their staff at HBO for extending such a wonderful invitation providing us a wonderful night to remember.  I also want to give a special thanks to some people who stopped by to speak with me, but who’s video interviews were lost when, for some reason my camera stopped saving the videos I recorded.

First, Nelsan Ellis whom I’ve been dying to interview forever who I got to speak with about his new film about James Brown and about the lovely Lafayette.

To Adina Porter who I have interviewed and who has always been gracious who will also be saying goodbye to her other show “The Newsroom” this season.

Tara Buck spoke to me for a long time on video and said that she was really excited for her character and for the fans to see the new season.  I hear that she has her own “arc” this year, so I’m looking forward to seeing that because Tara has always been a super nice person to me and I wish her the best.

And, finally to Stephen Moyer who defied all his handlers when he was being urged to go into the Theater because the show was already 45 minutes late, but said NO, I have to talk to this lady.  We spoke briefly about his participation in Soccer Aid a couple of weeks ago and he told me how much he enjoyed his week training and getting ready for the game in which he only played for about 5 minutes.

To see the videos I did get, go to this post where I have all the videos in one place.

You will find there videos with: