Warming up for True Blood Season 5 : What will become of Tara?

Rutina Wesley will be back for season 5. The capacity of Tara’s involvement this season has yet to be determined. Season 4 left us all wondering what would become of her. During her September interview with Tvline.com Rutina shares that even she doesn’t know what will happen to Tara.

TVLINE | When did you first find out Tara was getting shot in the head?
[Series creator] Alan Ball himself pulled me aside early on and told me that this was happening. And I was like, ‘OK, that’s cool.’ I know I’m coming back in some capacity, I just don’t know how I’m coming back. It’s scary as an actor to be in that position. Whatever they do, I think it’s the Golden Hour for Tara. But I don’t know how they’re going to revive me or if I’m dead. And that’s the big question: Can she be saved?

I don’t think the writers of True Blood would create such a suspenseful storyline only to have the conclusion be something predictable. Tara being rushed to a hospital where she is saved doesn’t fit the style of the show’s writers. It would also be the most uninteresting way to save her. True Blood is anything but lackluster.

TVLINE | If she is brought back to life, it seems unlikely she’ll just be the same old Tara.
I like playing a human on the show. I like not having any powers. I like being the voice of reason. But it wouldn’t be a drama if we didn’t have a shift in things. Everything’s up in the air because half of my head is missing. [Laughs] I know Alan has big plans for me next season. But has he shared those plans with me? Not really.

Vampire blood would be one of the most obvious ways to save Tara. We’ve seen V heal minor wounds but would it be strong enough to save her? Part of your head being blown off is a serious injury. Is vampire blood powerful enough to regenerate a part of the body?

Maybe Sookie will be the one to save Tara. Could she have an undiscovered power? In my opinion fairy magic saving Tara would be an interesting way to go. It would also give us more insight into the world of fairies. We know they will be back this season. Sookie joining forces with the fairies to save Tara could be how the writers bring Claude and Claudette into the storyline.

I think it would be ironic if Bill or Eric saved Tara by making her a vampire. How would she deal with one of them becoming her maker? Russell’s free from his cement grave and he’s gonna need some allies to exact revenge against his enemies. What better ally than your own vampire child? Pam’s not really fond of Tara or anyone for that matter, but she may find turning her to be beneficial. Pam’s strained relationship with Eric could ignite the desire to become a maker. Tara has expressed her hatred of vampires. Would she be able to handle becoming something she loathes? 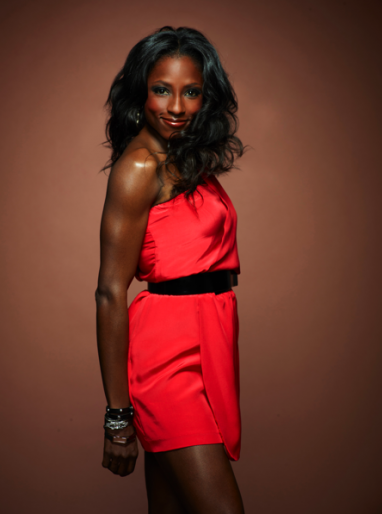 TVLINE | Have you entertained the idea that she might become a vampire?
Not really. Some of my fans actually talked about that a couple of years ago. They were like, “Wouldn’t it be great if Tara became a badass vampire? Wouldn’t that be amazing?” But as I said, I like being human. [Laughs] We don’t have that many on the show. And then I’d have to figure out how to talk with the fangs and all that crazy stuff. But with that kind of injury, even if I got the vampire blood could that really save me? I don’t know.

If Tara gets turned into a vampire will the writers use this transformation as a way to bring a Bubba like character to Bon Temps? Bubba appears in the first Sookie Stackhouse novel. It is eluded that he was Elvis and on the brink of death when he was turned. Something strange happens during his transformation. As a result his personality has changed and he prefers animal blood instead human. In the book Bubba appears briefly and is hired by Bill to protect Sookie from the person killing women in Bon Temps. Portraying Tara as a dark, creepy and somewhat slow vampire would be an interesting twist on her character.

Maybe Tara is destined to roam Bon Temps as a tortured spirit. Allowing her character to evolve would be a good way to have her involved in the show. Lafayette, who has become a medium, would be able to see Tara and stay in contact her. She would also be able to keep watch over Sookie.

The most disappointing way the writers could involve Tara is have her appear only in flashbacks. She brings a lot of spunk to the show that would be missed. Let’s face it Sookie doesn’t have a lot of friends and loosing Tara would be devastating to her. She is Sookie’s confidant, shoulder to cry on, and a huge support to her. Every girl needs a girl friend and with all the drama going on in Sookie’s life she’s no exception.

If the plot stays true to form Tara’s involvement in the upcoming season will be anything but what fans will expect. True Blood writers are always adding unexpected twists to keep us guessing.

I don’t know about you, but I am counting down the days until season 5 begins. I can’t wait to see what’s in store for the residents of Bon Temps!

Why not take the poll and let us know what you think will happen to Tara.