Who is this 17th Century Spanish Dignitary?

Who is the 17th Century Spanish dignitary shown in the photo below?  It’s a new actor to True Blood and his name is Ryan C. Burney.

Tonight we saw Ryan for the first time, in his Spansh garb during Episode 4 of True Blood. As we all know, he was in a flashback scene (which I love), or dream sequence, if you prefer, since it was Marnie’s dream. The scene depicts Marnie as she witnesses her possessor, Antonia being burned at the stake. Ryan plays a 17th Century Spanish dignitary of the town who watches the burning after presumably passing sentence. 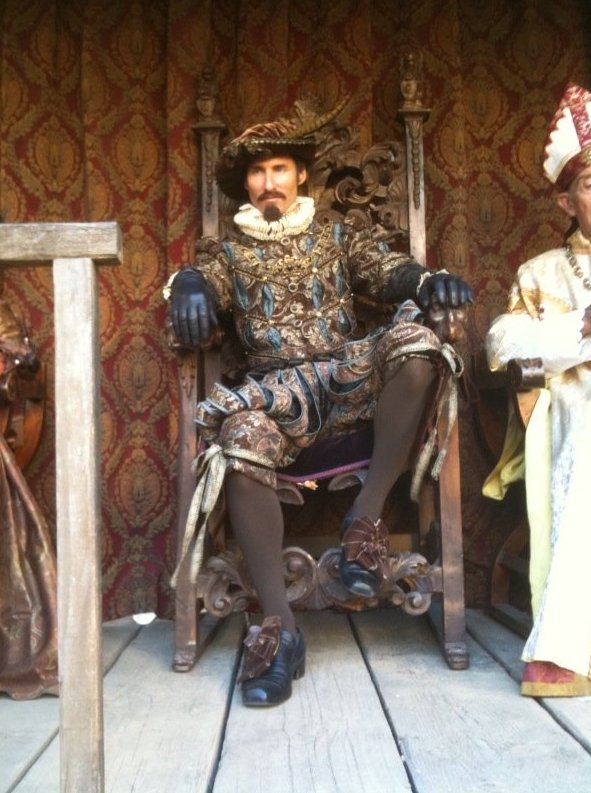 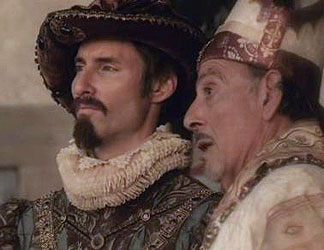 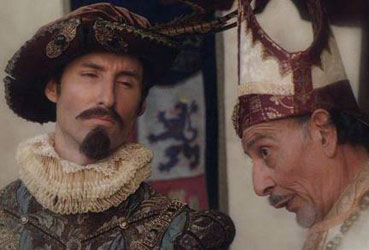 He will also be seen in Episode 6, so be sure to look for him again. Ryan doesn’t know if he has a future as a Spanish noble on the show, but he would love to continue his association with True Blood, since he is also a fan, and I hope that happens for him because he’s a great guy!

I first met Ryan when I went to see Abri and Chris Pierce play at the Foundry a couple of months ago and we talked while he tended bar. I found his part just fascinating and wanted to know more. He couldn’t tell me about it then since, as we all know the cast are sworn to secrecy until the episode airs, but now since his first episode has been seen, he could share his experience with all of us. 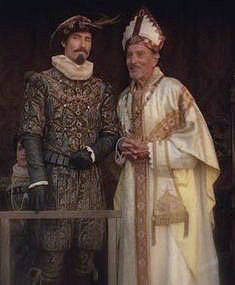 HBO spares no expense at getting things “just right” for the period, and below Ryan tells us more about that and his experience:

Before the day of shooting, I went to Hair & Make-Up so they could trim my beard. Within minutes my five-month long beard was on the floor, and I looked like Ponce de Leon. Afterwards, I was on to Wardrobe to try on different costumes of the mid-1600s. Wow, not only is the Wardrobe department a ton of fun, but they are all so talented. I hope that both the Hair & Make-Up and the Wardrobe team of True Blood get some recognition after this season because they have certainly earned it. The next day we began shooting early in the morning on an outside lot at Universal. The stage was set for a good old-fashioned 17th century Spain witch burning, and I, as the Spanish Dignitary of the town, was ready to give the command to “burn baby, burn.” The town center had a crowd of villagers, some of whom were vendors selling bread and vegetables, and in the center of it all was a stack of wood at the feet of a witch. To my left was our town Priest advising me how the burning will get rid of this evil witch, and entering left of us both (although unable to be seen by our characters) was Marnie (played by Fiona Shaw) passionately pleading for us to stop the burning. Her performance was so moving that for a second I actually thought to myself, “I should stop this burning.” She made me feel as if I was doing something wrong, and I still had time to correct it. She is awesome and, which I’m sure you will agree, a fantastic addition to this season. Now, without giving away or spoiling any Hollywood Magic, I can assure you that no one was actually burned. There were a multitude of safety precautions taken by the Special Effects Pyrotechnicians and Fire Department, and we were given a safety briefing, as well.

By the end of the day when it finally came time to wrap, I honestly didn’t want it to end. I certainly hope I get the chance to come back — I’ve had a taste and now will forever be addicted to TRUE BLOOD.”

Below is a photo of Ryan, out of costume, with his girlfriend Shannon Steckloff from last Thursday night when I saw him again at the True Blood & Music for the Amanda Foundation fundraiser. 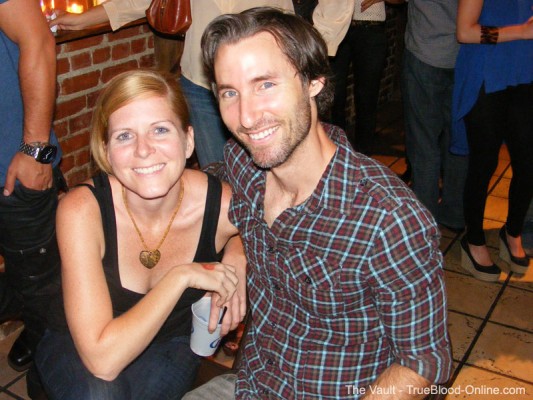