Early in Season 5, it sure looked like Sookie and Alcide would “get it on,” however just as we thought we would get to see the much talked about scene between the two, it didn’t happen.  Not only was Sookie not able to continue as she had a slight accident because of all the drinking she did that night, but Eric and Bill made an appearance just as at that moment. 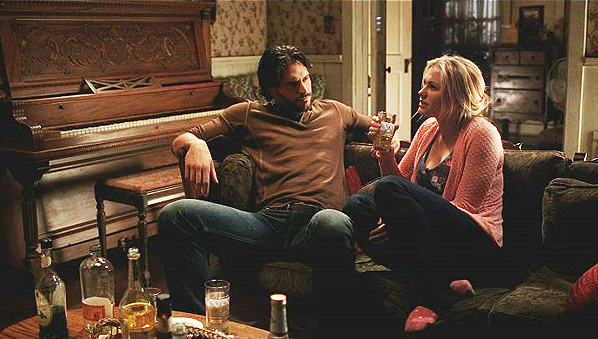 Now, TVLine has asked Alan Ball about it and here’s what he said:

“The decision to not do it this season [came about because] every single season, it’s been all about Sookie falling in love with this person or that person,” exiting showrunner Alan Ball tells TVLine. “It seemed like she had enough on her plate this season to not just [say], ‘Okay, now Sookie’s gonna fall in love with Alcide!’”

So that’s… it? The wolfman covers up his ex-girlfriend’s murder for her, she pukes on him, and that’s… it?

“No, no, no, Ball is quick to reassure.  That doesn’t mean that that door is closed,” he insists. Or at least it isn’t locked. “All of these supernatural guys in town carry a big torch for Sookie – even Eric, who doesn’t want to admit it.”