Will Kristin Bauer Return to ‘Once Upon A Time?’ 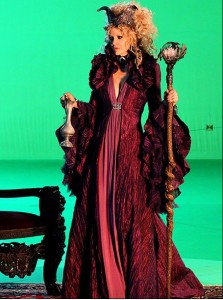 Last year, Kristin Bauer van Straten guest starred on ABC’s “Once Upon A Time” as the evil sister, Malificent the dark and twisted villainess of ‘Sleeping Beauty, who is up against Lana Parilla’s Evil Queen.

Last week the cast of “Once Upon A Time” appeared for a session at the 2012 PaleyFest and one of the questions that came up was about whether Kristin would return as the villainess in any furutre episodes of the show. The question was:

Who’s coming back? …as far as Milificent (Kristin Bauer), Horowitz says, “It would be a disappointment if we never saw her again.”

We’re sure all of Kristin’s fans would love to see her again in the part and we hope she gets the chance.