This is our selection of the top 5 WTF moments of True Blood episode 5.11 – Sunset.

Considering it was a Bill-centric episode no surprise there that 3 out of the 5 WTF moments this week concern him.

Jessica has to turn Jason

When Jessica is denied a phone call to warn Jason about Russell and Steve who are on the loose, she suggests to Bill to turn him. Jessica doesn’t really want to of course, but Bill immediately takes her up on her offer and sends her on her way to Bon Temps with a security unit to make sure the task is carried out. Poor Jessica is freaked out of her mind by Bill’s unexpected behavior and the fact that she now has to turn Jason. 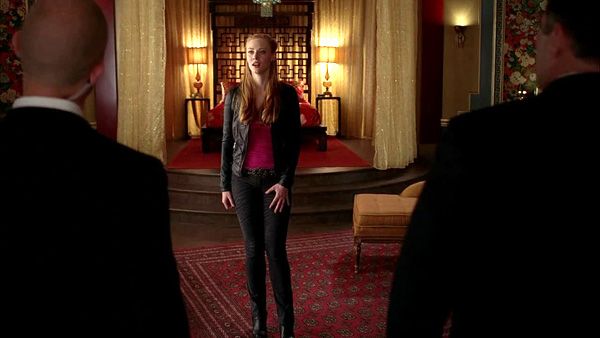 When General Cavanaugh drives the Authority members into a corner threatening them with sophisticated new weapons and the release of the video of Russell and Steve eating a local fraternity house, non of the chancellors no what to do or say. But nobody puts Eric in a corner, he stops the General on his way out and snaps his neck with one hand. I didn’t see that one coming, I understand it was all part of Eric’s escape plan but the General didn’t deserve this in my opinion. 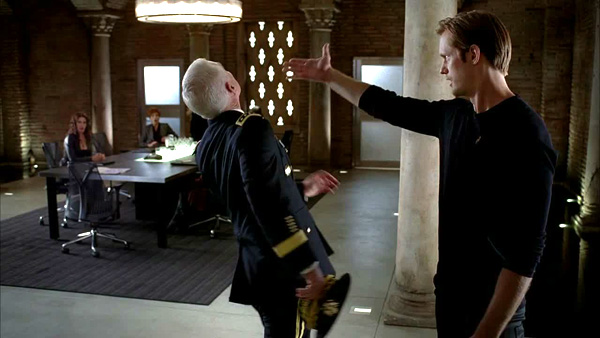 Bill believes he is the chosen one and is not pleases at all when Kibwe reveals that he had a visit from Lilith and that she chose him. Bill doesn’t hesitate one moment and rips Kibwe’s head clean off. Bil has just crossed another line on his way to complete his Messiah delusion. 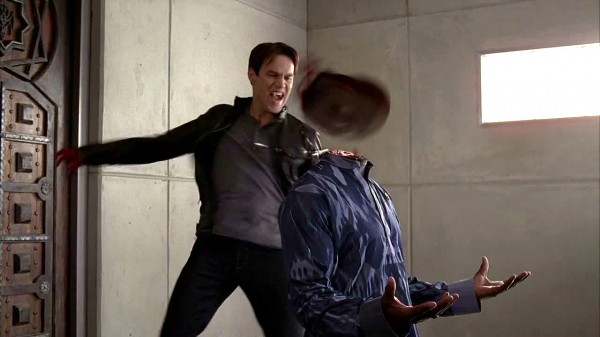 When Jessica doesn’t turn Jason, Bill unleashes his wrath upon her and strikes her, sending her flying across the room. Bill loves Jessica, it is the only loving relationship he has left and to have reach the point to hurt her like this, means that the old Bill has left the building completely. 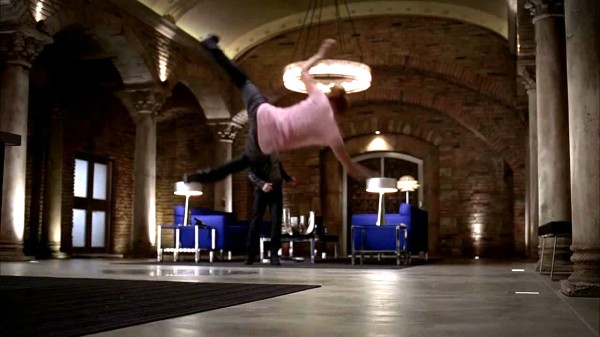 Big words of fight from the crazy elder faerie, who dances a lot better than she fights. She didn’t stand a chance against Russell and was turned into a faerie cocktail in no time. Looks like it’s vampire happy hour now at the faerie club. 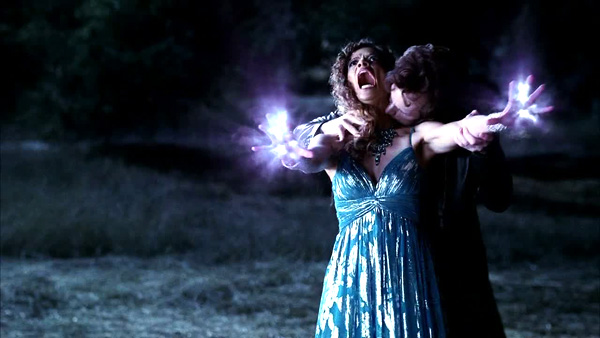